“We are in a race”: Surviving the next phase of the pandemic

Describing a “pandemic of the unvaccinated,” Dr. John Swartzberg says “we need to immunize enough people to stop the pandemic before a resistant variant appears.”Photo: iStock

California periodically touches base on the SARS-CoV-2 pandemic with John Swartzberg, a UC Berkeley Public Health Clinical Professor and a globally respected authority on infectious diseases and vaccinology. In February, Dr. Swartzberg was highly optimistic about the rollout of several effective vaccines and opined that the coronavirus might be largely contained by the summer.

Things haven’t worked out that way, of course. Significant vaccine resistance has left large portions of the U.S. population unprotected and allowed for the emergence of various coronavirus mutations—among them the highly contagious Delta variant, which has caused a significant surge in COVID infections and hospitalizations in recent weeks.

We recently talked with Dr. Swartzberg about the status of the pandemic, and where we should—or can—go from here. 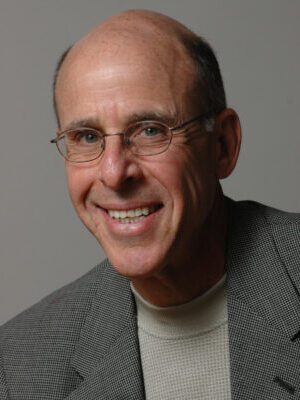 We seem to be losing ground to some degree in our fight against COVID. How do you view the current situation?

I’m not nearly as optimistic as I was a month ago, but I’m also more optimistic than I was at this time last year. In May and early June, I had real reason to hope that we had seen the worst. Now, my hope is—well, shattered is too strong a term, but certainly reduced on a daily basis. We clearly aren’t on the same course that we appeared to be on in early June. Still, we’re lightyears ahead of where we were last year simply because there is now wide availability of very effective vaccines.

The cause for your altered perspective is the increased rate of infections due to the Delta variant and the large number of people who remain unvaccinated, correct?

Yes. It has been said that this is now a pandemic of the unvaccinated, and that’s true. And the Delta variant is a major driver because it’s so transmissible.

A recent Washington Post article on a CDC Delta report cites the virus’s extreme transmissibility, stating it is about as contagious as chickenpox. Just how much more transmissible is the Delta variant when compared to other COVID variants we’ve seen?

Is Delta more virulent? Does it get you sicker, and is the risk of death greater?

That’s a matter of some debate. A Berkeley colleague, Nick Jewell, has been analyzing data out of Britain, and his research suggests Delta may cause more severe disease. But other papers do not suggest that. So, my own feet are planted firmly in the air on that topic. At this point, there is no clear evidence that Delta causes more severe disease—just that it’s much more transmissible.

Young children haven’t yet been cleared for any of the vaccines. Does Delta pose a greater hazard to them than it does for older people?

There’s no sign at this point that it’s more problematic for children than adults.

Back to the unvaccinated population. Is the danger of the Delta variant wholly restricted to them—or do vaccinated people have reason for concern?

The current vaccines work very well against the Delta variant, some breakthrough infections notwithstanding. But it’s not simply a matter of infections staying largely restricted to the unvaccinated population. Unvaccinated people ramp up the rate of infections, and the number of variants increase as infections spread. Every new infection is an opportunity for the development of a new variant. And sooner or later, one of those variants could prove resistant to the vaccines that are now available. So, we are in a race. We need to immunize enough people to stop the pandemic before a resistant variant appears.

Can we do that? Can we put this viral cat back in the bag, or is it too late for that?

It’s not too late, and I say that because we’ve done it three times already—and without vaccines. We did it with mask mandates and social distancing. We flattened the curve in late spring of 2020, when the pandemic was first accelerating, we did it during the summer surge that peaked on July 28, 2020, and we did it in the horrific surge in January of this year. And even though some vaccines were starting to become available in January, they played little role in stemming that surge—again, it was masks and social distancing that made the difference. So non-pharmaceutical interventions really work, and it’s by no means impossible to turn this latest surge around. In fact, we’re clearly working from a better position this time, because we have ample supplies of very effective vaccines and non-pharmaceutical options.

Still, it seems that the biggest impediment to achieving an effective degree of national immunity is the vaccine resistant population. How do we address that?

One thing we shouldn’t do is dump everyone who is vaccine hesitant into a single basket. It isn’t appropriate, and it won’t be effective. Many people are not vaccinated for many reasons, and we must understand as many of those reasons as we can to help them make decisions that are in everyone’s best interests—including their own. Most people are vaccine hesitant rather than truly opposed to vaccines, and it behooves us to resist approaching them aggressively. That just contributes to further polarization. I’ve worked with African American organizations, and I’ve come to understand the civil and social injustices that have led to vaccine hesitancy among some members of the community. We need to show compassion, not hostility. Speaking personally, strident anti-vaxxers are the only group that doesn’t stir my compassion. They’re opposed to vaccinations under any and all circumstances, but they also constitute the smallest group of vaccine resisters. Their numbers are disproportionate to their ability to transmit a message—they appear much more numerous than they are. Everyone else, perhaps, can be reached with the right message from the right person.

We’ve been speaking exclusively of the United States here, but COVID isn’t restricted to our borders. How would you characterize the global response?

Yes, we tend to focus on our own situation, but we really can’t afford to wear blinders. This is an international pandemic, and hundreds of millions of people remain unvaccinated. That means variants can pop up anywhere in the world. We’re simply not acting as aggressively and as quickly as we should or can. WHO [the World Health Organization] is doing everything they can, but they need a lot of help. We have excellent vaccines—Pfizer, Moderna and Johnson & Johnson from the U.S., and AstraZeneca from the UK. Some other vaccines—Sinovac and Sinopharm from China—have been disappointing in terms of efficacy, and that’s exacerbated by the fact that China has not been forthcoming about their data. Russia has been somewhat more transparent about its vaccine, Sputnik 5, and the data there looks a bit more encouraging. But in any case, the world can’t rely solely on the U.S. for its vaccines. We just don’t have the capacity to produce all the vaccine that’s needed. Other countries must build out the facilities necessary to produce vaccines—and unfortunately, that takes time.

So that further confirms that non-pharmaceutical interventions—masks and social distancing—remain essential. Does that apply even to people who are fully vaccinated?

Should everyone be masking indoors? I think so. If I’m going indoors and I’m not sure everyone I will encounter is vaccinated, I’m wearing a mask. If you’re vaccinated, yes, there’s a small risk you’ll test positive, a smaller risk you’ll become symptomatic, and a tiny risk you’ll be hospitalized or die. But given that Delta is such a dangerous variant, why not minimize the risk as much as possible? Also, the major reason for masking is that many of the people who are unvaccinated are also choosing to go unmasked. Recent evidence suggests that even vaccinated people can carry extremely high viral loads with Delta. So unvaccinated people are at very high risk from the Delta variant, considering its degree of transmissibility. It’s a dangerous situation for them, and we can help assure at least some protection for them—for everyone, ultimately—by choosing masks. We need to do everything we can to reduce infections and the development of new variants.

This article was originally published on the California Magazine website.