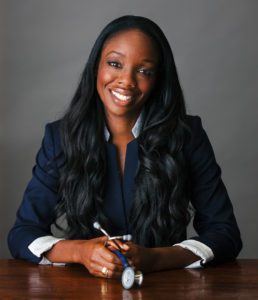 Dr. Nadine Burke Harris has seen firsthand the health effects of childhood stress. As a pediatrician and medical director of the Bayview Child Health Center in San Francisco, she began studying how childhood adversity translates to poor health in adulthood. In 2013, she founded the Center for Youth Wellness in order to push pediatric medicine to consider this correlation as she continued to address toxic stress in children in underserved communities in San Francisco. In January 2019, California Governor Gavin Newsom appointed her as the state of California’s first Surgeon General.

Berkeley Public Health Dean Michael C. Lu, who served as the Director of the U.S. Maternal and Child Health Bureau for the U.S. Department of Health and Human Services from 2012-17, will engage Dr. Burke in a candid discussion about her career in pediatrics and health advocacy, the connection between childhood trauma and health outcomes, and what we can expect during her appointment as the first Surgeon General of California.

The event will be followed by a light reception.