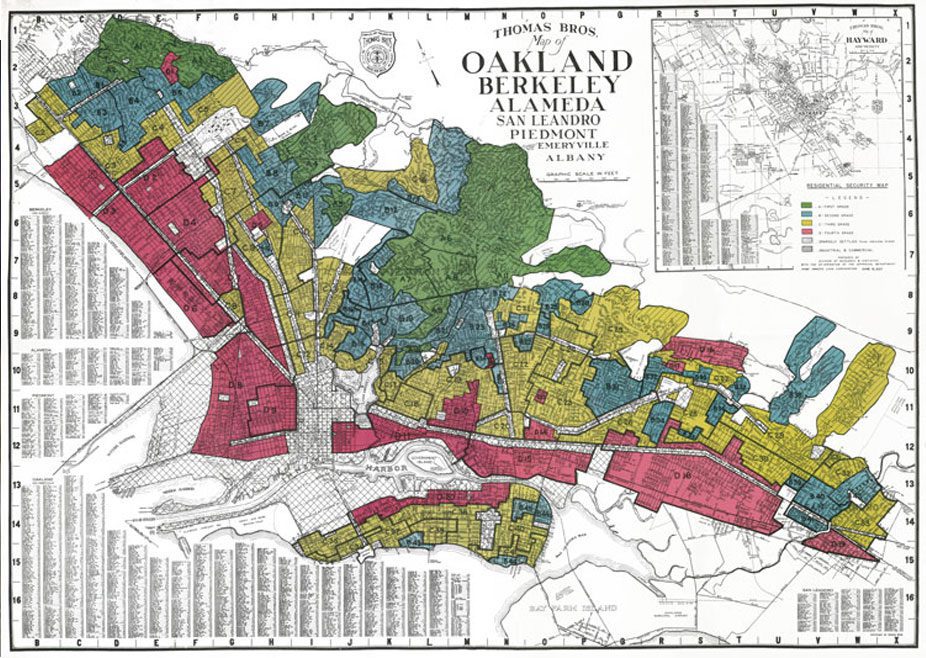 An analysis of eight California cities shows that residents of historically redlined neighborhoods are more than twice as likely as their peers to visit emergency rooms for asthma. Redlined neighborhoods also exhibit significantly higher levels of diesel particulate matter in the air, the study found.

“Redlining maps that were drawn 80 years ago, partially on the basis of race, are still predictive of not only who lives in a neighborhood, but also what kind of health problems they are experiencing,” said Anthony Nardone, a medical student in the UC Berkeley-UCSF Joint Medical Program, who led the analysis. Nardone will present the results May 22 at the American Thoracic Society Conference in Dallas, Texas.

“Our study shows that, even though a policy gets eliminated or is recognized to be a poor choice, its effect can have impacts even many decades later,” said Neeta Thakur, an assistant professor of medicine at UCSF and Nardone’s adviser. “We need to use that information to help us inform our current policies and thinking about what potential ramifications are down the road.”

Redlining can be traced back to the Great Depression when, in response to overwhelming foreclosure rates, the Home Owner’s Loan Corporation (HOLC) classified neighborhoods in 239 U.S. cities based on the perceived security of investments, from green being “lowest risk” to red being “highest risk.” These designations, which were largely based on the race and social class of neighborhood residents, were for years used as justification to deny home loans and other forms of investment to these communities.

Though these discriminatory lending practices are now illegal, and gentrification has affected the demographics of some redlined neighborhoods, they remain largely low-income and have a higher proportion of black and Hispanic populations than non-redlined communities, Nardone said. 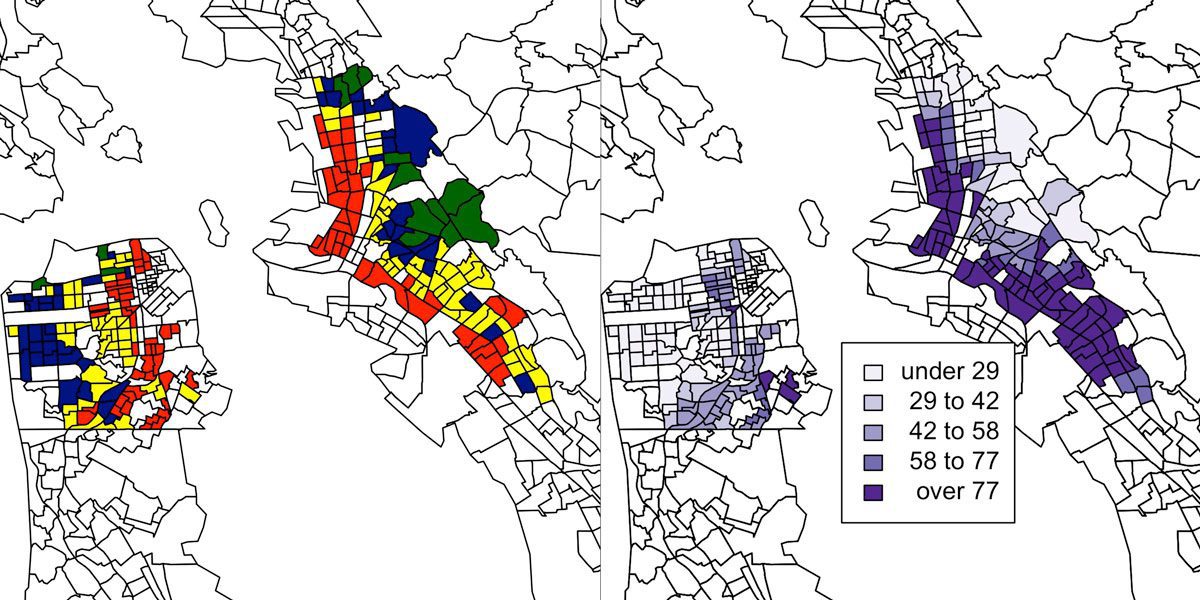 To conduct the analysis, Nardone used historic redlining maps to determine the HOLC ratings for individual census tracts in San Francisco, San Jose, Oakland, Sacramento, Stockton, Fresno, Los Angeles and San Diego. He then compared the ratings to air quality and health outcome data from each census tract from the CalEnviroScreen 3.0 database.

“The persistence of the legacy of redlining, in terms of its current effect on asthma healthcare utilization, was striking,” said John Balmes, director of the UC Berkeley-UCSF Joint Medical Program, who also advised Nardone on the project.

Though diesel particular matter has been linked to asthma, the researchers emphasize that higher levels of air pollution in redlined neighborhoods may not be the only factor behind the disparity. The psychosocial stresses associated with living in neighborhoods that have been historically divested from — including poverty, high crime rates and even poor political reputation — have also been linked to asthma and must be addressed in efforts to improve public health.

“If I had to say what’s the most important cause of health disparities in the U.S. and around the world, it’s poverty,” said Balmes, who is also a UC Berkeley professor of environmental health sciences and a UCSF professor of medicine. “We can do things around the edges, like improve air pollution, which we’re doing in many places. But while air pollution is contributing, the fact that these are poor neighborhoods without as many social assets as other neighborhoods is the underlying problem. People need decent incomes and jobs and affordable housing, and until we address those important social needs, we are going to continue to have a problem with the legacy of redlining.”

This research was supported by the UC Berkeley-UCSF Joint Medical Program and was funded in part by the National Heart Lung Blood Institute under grant # K23HL1255101A1.