How fat prawns can save lives 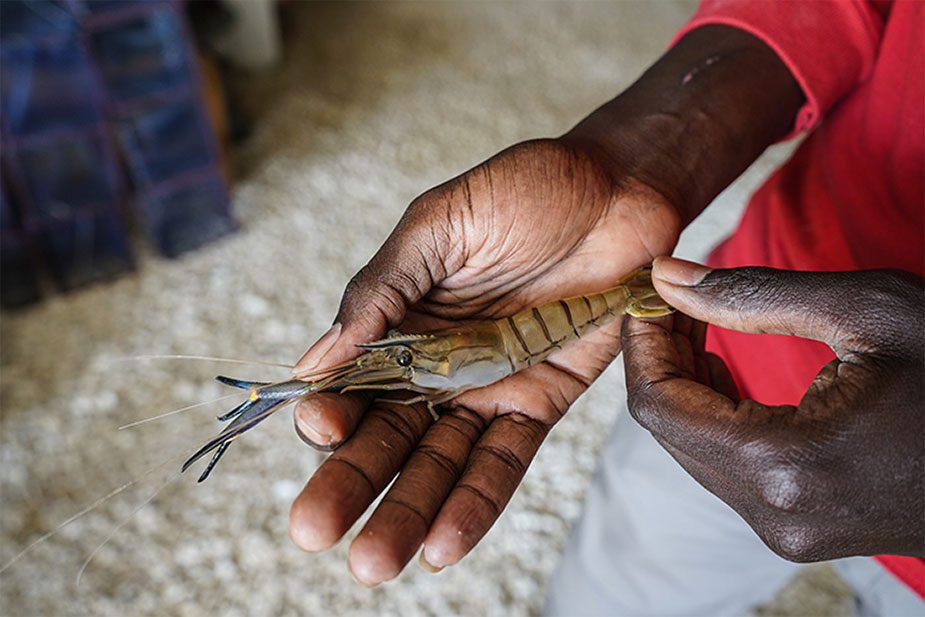 A Macrobrachium river prawn raised in a local hatchery in the Senegal River basin. A prawn of this size could consume a dozen or more snails per day. (Photo courtesy of Hilary Duff of the Planetary Health Alliance)

Before bite-sized crustaceans like crayfish, shrimp and prawns land on our dinner plates, they first have to get fat themselves — and it turns out they relish the freshwater snails that transmit the parasite that causes schistosomiasis, the second most devastating parasitic disease worldwide, after malaria.

New research led by University of California, Berkeley, scientists provides a roadmap for how entrepreneurs can harness freshwater prawns’ voracious appetite for snails to reduce the transmission of these parasites, also known as “blood flukes,” while still making a profit selling the tasty animals as food.

The study, which appears in the journal Nature Sustainability, shows how small-scale farming of freshwater prawns — also known as aquaculture — could be a win-win for communities in emerging and developing economies where schistosomiasis is common.

“River prawns are common aquaculture products in settings around the world, and we know these organisms are voracious predators of the snails that transmit schistosomiasis,” said UC Berkeley’s Christopher Hoover, a doctoral student in the School of Public Health’s Division of Environmental Health Sciences who led the study. “What has not been clear is if we could marry the economic benefits of prawn aquaculture with the disease-control activity of the prawns.” 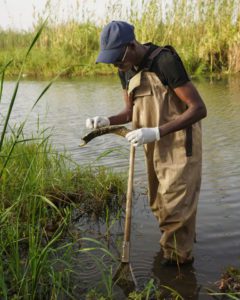 A researcher searches for snails capable of transmitting schistosome parasites to people at a water access point where people congregate along the Senegal River. (Photo courtesy of Hilary Duff of the Planetary Health Alliance)

In these aquaculture systems, juvenile prawns are first raised in hatchery facilities, then stocked in waterways where schistosomiasis is transmitted, and finally harvested once they reach a marketable size. As the prawns grow, they feed on the snails that carry the schistosome parasite.

Aquaculture is growing rapidly in settings around the world and has the potential to alleviate mounting pressures on wild fisheries. Freshwater prawns are already being produced in aquaculture systems around the world, from Louisiana to Thailand to Senegal and beyond.

The parasite is incapable of infecting the prawns themselves, and schistosomiasis is not transmitted via ingestion, so raising, harvesting and consuming prawns cannot pass along the disease.

The researchers used economic and epidemiologic modeling to pinpoint the optimal points at which to stock and harvest the prawns, with the joint goals of reducing schistosomiasis transmission and generating revenue from selling harvested prawns.

“Our results show that there are highly beneficial configurations of prawn aquaculture systems that minimize tradeoffs between generating revenue from harvesting prawns and reducing schistosomiasis transmission,” Hoover said. “We can design systems to maximize profit while having a substantial impact on disease reduction, potentially helping to lift populations out of poverty in emerging and developing economies.”

Schistosomiasis, also known as “snail fever,” affects around 250 million people a year and kills as many as 200,000. The disease is primarily spread when people come in contact with contaminated water. While drugs are available to treat the disease, they’re not enough in some settings. Because drug treatments only address the human component of the parasite’s transmission cycle, people are left vulnerable to reinfection, even soon after treatment. 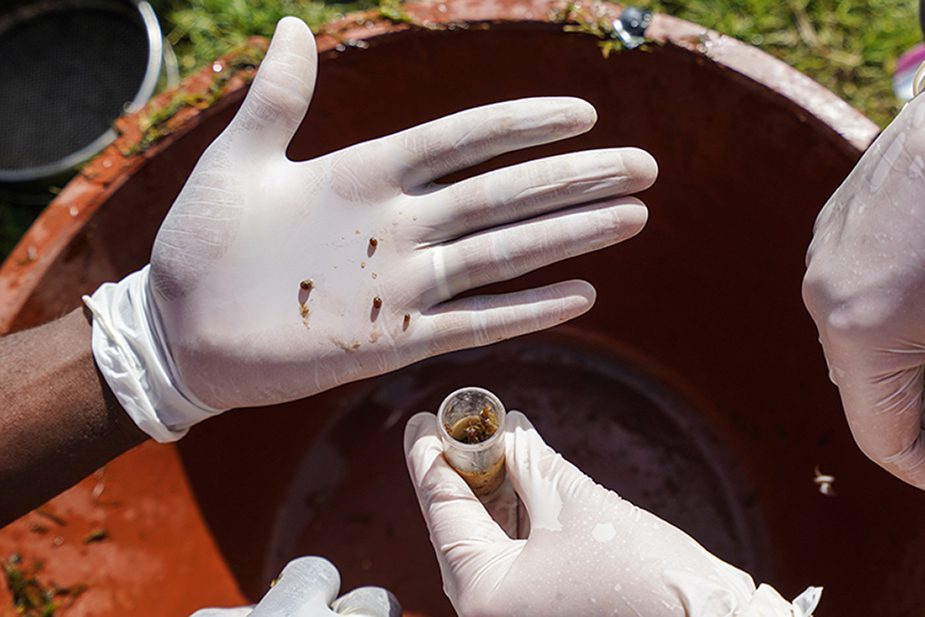 The model showed that, to reduce parasite loads, introducing native prawns to infected waterways was comparable to the standard approach of widescale administration of schistosomiasis-fighting drugs, and that it could decrease the parasite burden to nearly zero after 10 years.

Prawns may have environmental benefits, as well, including substituting for chemical pesticides to control snail populations and restoring native biodiversity in areas where native prawn species have been decimated by dams.

“This research contributes a new tool to our global efforts to combat schistosomiasis,” said Justin Remais, head of the Division of Environmental Health Sciences and co-senior author of the study. “Poverty and schistosomiasis are intrinsically linked, and transmission of the parasite is known to stunt growth and cognitive development in children and to prevent adults from working, reinforcing poverty. By targeting transmission of the parasite itself, while also supporting a locally-sourced production system where economic benefits accrue to the community, this approach has great potential to supplement ongoing disease control campaigns that generally rely on drug treatment alone.”