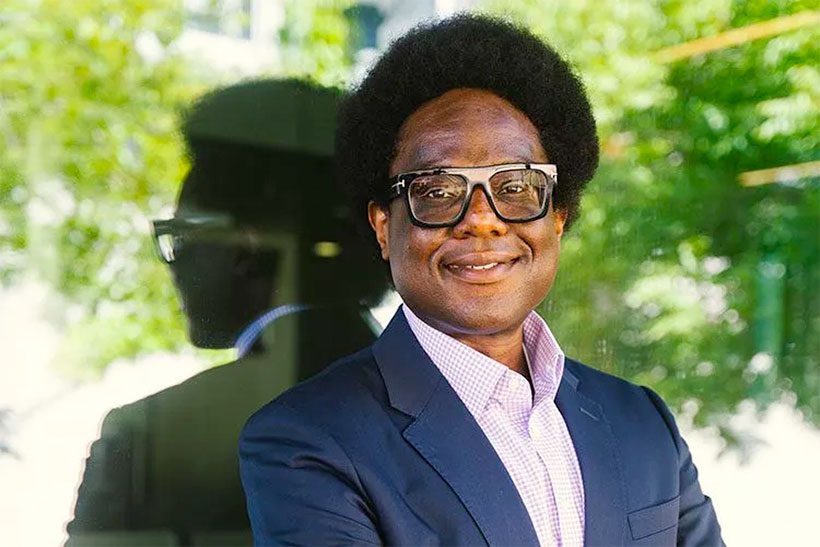 UC Berkeley professor Osagie K. Obasogie, a leading expert on the impacts of race and inequity in law and medicine, has been awarded one of the highest honors in the fields of health and medicine.

The National Academy of Medicine announced today that UC Berkeley law professor and bioethicist Osagie K. Obasogie will be among 100 new members elected to join its ranks this year. Membership in the academy recognizes individuals who have made major contributions to the medical sciences, health care and public health, and is considered one of the highest honors in the fields of health and medicine.

Obasogie, who is the Haas Distinguished Chair and Professor of Law at Berkeley, and holds a joint appointment in the UC Berkeley-UCSF Joint Medical Program and Berkeley School of Public Health, is a leading expert on the impacts of race and inequity in law and medicine. He was cited by the academy “for bringing multidisciplinary insights to understanding race and medicine and climatic disruptions that threaten to exacerbate health inequalities.”

“I am thrilled to have this opportunity to join the National Academy of Medicine,” Obasogie said. “It is an extraordinary honor, and I’m looking forward to working with my new colleagues to serve the public while advancing medicine and the health sciences.”

Established originally in 1970 as the Institute of Medicine, the National Academy of Medicine addresses critical issues in health, science, medicine and related policy and inspires positive actions across sectors. The academy’s Articles of Organization stipulate that at least one-quarter of the membership is selected from fields outside the health professions, including law, engineering, social sciences and the humanities.

“The National Academy of Medicine has a longstanding commitment to including members from diverse professional backgrounds,” Obasogie said. “I’m excited to add my perspective to the many important and challenging conversations that NAM will have over the next several years.”