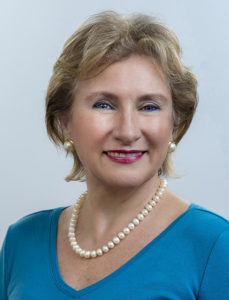 This evening, the Consulate General of Mexico in San Francisco will be presenting the Ohtli Award to Xóchitl Castañeda, director of the Health Initiative of the Americas at Berkeley Public Health. The award, which is the highest honor given by the Mexican government to citizens living outside of Mexico, recognizes Castañeda’s leadership in transboundary initiatives to improve the health and quality of life of Latino immigrants in the United States.

A medical anthropologist by training, Castañeda has directed the Health Initiative of the Americas since 2001. This initiative, considered one of the world’s leading programs on health and migration, aims the multidisciplinary network of UC Berkeley and partner institutions at improving the health of migrant populations in the United States.

Under Castañeda’s leadership, the Health Initiative of the Americas has coordinated various mobilization efforts to that end. The biggest of these efforts is Binational Health Week, during which federal, state, and local agencies convene with community-based organizations and volunteers for workshops, medical screenings, and other health promotion and education activities in various locations across the Americas. This past October, the 19th annual Binational Health Week gathered delegates from Colombia, Peru, Guatemala, Honduras and Mexico with officials, health workers, and volunteers in both Tijuana and San Francisco.

The Health Initiative of the Americas also mobilizes research and scientific efforts. For instance, the Migration and Health Research Program connects funds to research teams generating scientific literature in areas involving migrant health. Since 2003 this program has financed 116 binational teams and 46 graduate students in both the United States and Mexico, making it the largest US-Mexico academic network in this field.

Since 1996, the Mexican government has used the Ohtli Award to recognize its citizens who have dedicated their careers to creating cultural and professional paths for Mexico’s next generations. The word “ohtli” comes from the Nahuatl word for “pathway.” Past winners range from politicians to professional athletes, civil rights activists to NASA astronauts.

Through the Ohtli Award, the Mexican government recognizes Castañeda’s leadership and public health efforts on both sides of the US-Mexico border.