Note: Dr. David Ragland is the founding director of SafeTREC (which is featured in the story below) and Professor Emeritus of Epidemiology at Berkeley Public Health.

As programs manager for Bike Bakersfield, a nonprofit bicycle advocacy coalition in Southern California, Asha Chandy hears scary stories all the time about bike collisions and near misses.

“One guy told me that he was almost sideswiped by a huge semitruck on a street, even though he was in the bicycle lane,” Chandy says. “The truck was just so close to him that he actually felt the side of the truck touch his skin.”

A new interactive website called Street Story is helping Chandy collect these stories in one place, making it easier for her to use these accounts to advocate for safer streets in Kern County on behalf of bicyclists and pedestrians.

Created by researchers at UC Berkeley’s Safe Transportation Research and Education Center (SafeTREC), Street Story allows anyone in California to make note of dangerous conditions, crashes or near misses they encounter on their streets, be they between cars, bicyclists, pedestrians or people riding transit.

The researchers hope the site will be a valuable resource for any road user in California to provide input on road safety issues, as well as a way for local governments to get feedback on street safety. They believe it will empower residents to become more involved in the state of their roadways. 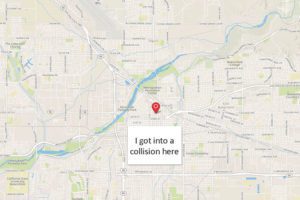 Street Story users select the location of a collision or near-miss on a map, and then answer a series of questions that explore what factors may have led to the collision.

“Community engagement is now a requirement in a lot of transportation grant applications,” says Kate Beck, program lead at SafeTREC. “Currently, agencies rely on community meetings that can be quite time-intensive, or simply inaccessible for people to attend. While we think it’s important for communities to gather to provide input to their municipalities, we see Street Story as another way for agencies and community groups to hear from the public.”

Street Story users choose the location of an incident on a map and then answer a series of questions designed to specify not only the nature of the incident, but also what factors might have contributed to it, such as poor lighting or cracked pavement. The interface is designed to be accessible on a computer or through a mobile browser.

“It is not just about accidents, but it’s about tree roots that are damaging the sidewalks or a dirty gutter that a cyclist can’t get around without going into traffic,” Chandy says. “It is those kinds of anecdotal stories that Street Story collects that really help give a bigger, better picture of walking, biking and even driving in this community.”

Local governments and advocacy groups can already access police collision reports in California through a publicly-available database, the Statewide Integrated Traffic Records System (SWITRS). Prior to founding Street Story, SafeTREC developed an easy-to-use interface called the Transportation Injury Mapping System (TIMS) to chart the location of these accident reports throughout the state.

Street Story gives residents an anonymous platform to document crashes, near misses or simply areas where they feel safe or unsafe, giving transportation agencies the opportunity to prevent accidents before they happen.

“There is a lot of work that looks at how we can proactively address transportation safety issues, rather than waiting for a collision to actually happen,” Beck says. “This tool can be a really useful way of collecting qualitative information on places where near misses have happened and places where people feel unsafe.” 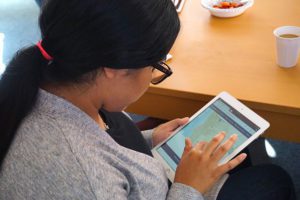 “You can find collision data through SWITRS, but that only takes into account what has been reported through law enforcement,” Chandy says. “We are also using Street Story to look at how people are feeling on the streets and where areas of concern are, and by comparing that with crash data, we can actually make the community safer from all aspects.”

The Street Story team is working with local transportation agencies and community groups across the state to spread the word about the platform, which began in October 2018. It has already partnered with a number of organizations in Kern County, including the Kern County Department of Public Works, Bike Bakersfield and the Greenfield Walking Group, and has plans to expand its outreach into Solano County and San Francisco.

“Right now, a lot of our work is focused on rural communities or lower-resourced communities, which I think is a strong piece of Street Story,” Beck says. “Smaller towns often have fewer resources to do community outreach, and a free tool with some of our technical support can be really useful for them.”

Lloyd Nadal, program services division manager at the Solano Transportation Authority (STA), is looking forward to partnering with the team to host interactive community workshops that use Street Story to engage residents in local street safety.

Nadal hopes the information they gather will help Solano County cities secure more funding for public works projects that address bicycle and pedestrian safety, including installing bicycle lanes, creating lighted crosswalks and improving sidewalks. He also plans to incorporate the data into an upcoming active transportation plan, which will document bicycle- and pedestrian-friendly routes throughout the county.

“Right now, the only way to report this type of information is to call your city or send an email on your city’s website, so to have a tool that is right at your fingertips, where you can actually report in real time, I think that’s helpful,” Nadal says. “This is a useful tool that is open to the public, and everyone has access to it. I think that is the beauty of it.”

Funding for Street Story and TIMS was provided by a grant from the California Office of Traffic Safety, through the National Highway Traffic Safety Administration.