Teenagers aren’t as lonely in lockdown if interacting positively online 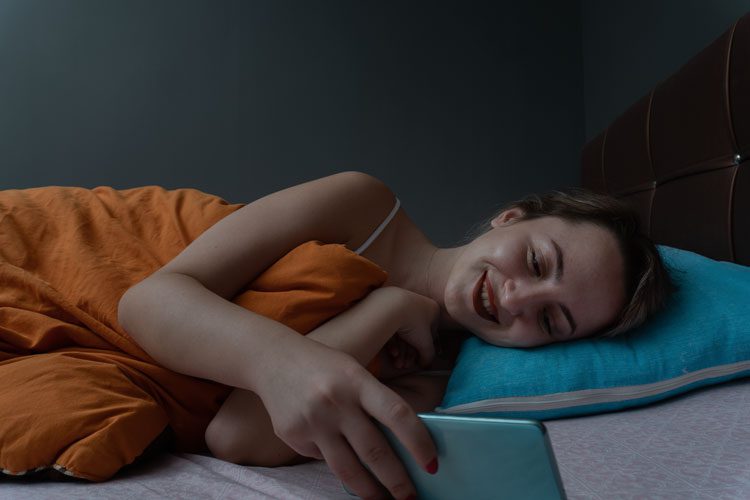 Study finds that connecting online with peers can be a social lifesaver for tweens and teens during a COVID-19 pandemic lockdown.

If you’re agonizing over the long hours tweens and teens spend scrolling through and posting to Instagram, TikTok, Snapchat and other social media sharing and messaging platforms, new UC Berkeley research has some enlightening news to share.

When it comes to screen time, the problem is not so much the number of hours they spend online, but the quality of their online interactions, suggests a study of more than 700 adolescents in Peru during the South American country’s most stringent COVID-19 lockdown in spring 2020.

Overall, teens in the study who found support online — such as chatting with friends and relatives via WhatsApp or joining multiplayer online video games — reported less loneliness.

“Our findings support our hypothesis that how you spend your time on screens, and not how much time you spend online, is the best predictor of loneliness and well-being,” said study lead author Dr. Lucía Magis-Weinberg, a developmental scientist with UC Berkeley’s Institute of Human Development.

“In light of this, teachers and parents might want to focus more on promoting positive online experiences for youth rather than limiting screen time,” she said.

Published last week in the Journal of Research on Adolescence as part of a special issue on the impact of COVID-19 on adolescents worldwide, the findings challenge a common assumption that pandemic distancing measures, combined with excessive social media use, are a recipe for a loneliness epidemic.

“There has been this negative discourse about screen time causing loneliness and depression. But our findings provide more nuance and show that, when used positively, online interactions are actually associated with less loneliness. This is especially true when teenagers have no other option but to connect with their friends online,” Magis-Weinberg said.

The study was launched in April 2020, when Peru entered a strict COVID-19 lockdown that confined tens of millions of residents to their homes. Only one family member at a time could leave for approved errands, and young people were mostly isolated indoors.

For six weeks, the researchers surveyed thousands of students between the ages of 11 and 17 to understand their online behaviors and relationships under socially isolated conditions and to assess how these factors related to their moods and their sense of belonging.

They also completed separate questionnaires on which electronic devices they used, their social media preferences, their loneliness levels and their general well-being.

For most of the students, smartphones were the preferred device for connecting to non-educational online activities, followed by laptops and then video game consoles. 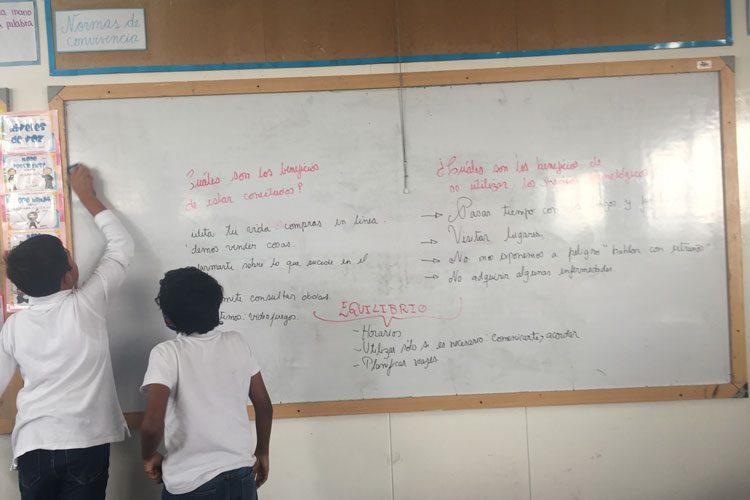 Adolescents in Peru participate in a school program on digital citizenship.Photo: Lucía Magis-Weinberg

As for their mental health outlook, the students reported more positive than negative online interactions, especially with regard to discussing problems and getting helpful feedback via WhatsApp, the most popular messaging platform in Peru, among other social media platforms.

Data from 735 of the students surveilled were ultimately used for the study.

“The results show that using social media to actively connect with friends and family and find support — instead of just scrolling endlessly through Instagram and comparing oneself to others and feeling excluded — can have a positive impact on well-being,” Maris-Weinberg said.

The study is part of a broader long-term effort led by Magis-Weinberg and UC Berkeley public health professor and pediatrician Ronald Dahl to collaborate with educators at a network of 65 schools in Peru and Mexico to promote digital citizenship and healthy technology use among more than 15,000 adolescents.

Moreover, it is among the first to document the impact of social media use on the mental health of adolescents during the pandemic in the “global south,” a term used for world regions outside of Europe and the United States.

“The vast majority of young people are growing up in Latin America, Africa, Asia and Oceania, but most research on these issues has been biased toward the U.S. and Europe,” Magis-Weinberg said.

“So, it’s really important to capture and document the voices of young people growing up in Latin America, especially at a time when so many of us rely heavily on electronic devices and social media to stay connected,” she added.

In addition to Magis-Weinberg, study co-authors are Dahl, along with Christopher Gys, at UC Berkeley; Estelle Berger at the University of Oregon; and Sarah Domoff at Central Michigan University.