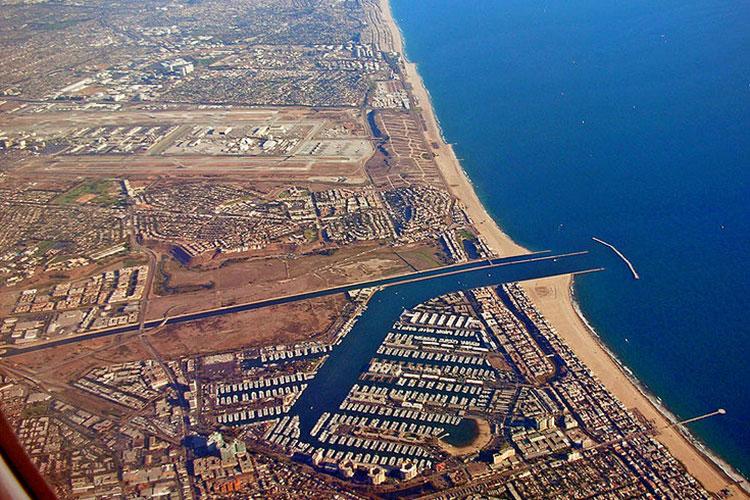 As climate change heats up the weather in Southern California, coastal populations from San Diego to Santa Barbara may face an increased risk of contracting West Nile virus and other mosquito-borne diseases, suggests a new study led by researchers at the University of California, Berkeley.

West Nile virus is America’s deadliest mosquito-borne disease and has been a threat to the Los Angeles metropolitan area since it arrived in 2003. The virus is harbored by mosquitos and birds and is most commonly spread to humans through the bite of an infected mosquito.

The study team analyzed data on nearly 2 million mosquitoes that had been captured and tested for West Nile in Los Angeles between 2006 and 2016. They then used machine learning to identify the landscape and climate conditions that influenced mosquito infection in different neighborhoods.

They found that infection among captured mosquitoes was strongly associated with the average temperature in the neighborhood.

“Our data revealed a sharp transition, where — as temperatures shift between 70 to around 73 degrees Fahrenheit — the likelihood of capturing infected mosquitoes in L.A. neighborhoods increases dramatically,” said Nicholas Skaff, the lead author of the study and a former postdoctoral scholar in environmental health sciences at UC Berkeley’s School of Public Health. “Above this range, conditions become consistently favorable for transmission, and below this range, conditions are consistently unfavorable.”

The results, published today in the journal Proceedings of the Royal Society B, help explain why coastal L.A. communities — where typical summer conditions hover right at the boundary between favorable and inhibitory temperatures -— seem to be protected some years, yet vulnerable in others.

With significant warming expected over the coming decades, a greater number of West Nile cases may be expected along the Southern California coast, said Justin Remais, associate professor of environmental health sciences at UC Berkeley.

“Coastal L.A. appears to be vulnerable to the expected warming of California’s climate by mid-century, which will push coastal climates more consistently into the favorable zone,” Remais said. “Inland L.A. may not be as susceptible to these shifts, as the climate is already favorable. Yet, as climate warming progresses towards the century’s end, it is possible that temperatures become too hot in these areas.” 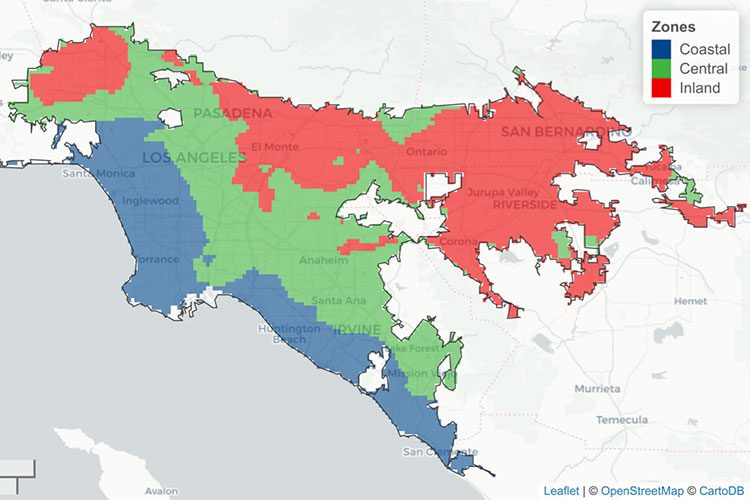 The researchers emphasize that one or a few particularly hot days do not appear to increase transmission risk significantly. Rather, it is sustained warm temperatures over the course of weeks that give mosquitoes time to acquire the infection and pass it on to bird host species like the house finch.

“Our research suggests that, rather than focusing on daily weather reports, it’s important to examine temperatures over the long haul,” Skaff said. “If coastal Los Angeles experiences a month or two of warm temperatures during the summer or early fall, it’s probably a good time to be extra careful to avoid mosquito bites. Inland parts of L.A. are almost always sufficiently hot during the summer, so other factors end up determining whether intense transmission occurs there.”

And while the data indicate that temperature plays a very important role, the researchers emphasize that many factors ultimately determine whether a West Nile outbreak will occur.

“You can think of the favorable temperature range we identified as a prerequisite — if other things don’t go right for the vector or the virus, transmission may still not occur, even when temperatures are favorable,” Skaff said. “For example, if most of the susceptible birds in the region were infected during the previous year or two because a large outbreak occurred, herd immunity will be high, and the risk to people will be limited.”

“Predicting the transmission of infectious diseases carried by animal hosts and vectors represents a complex puzzle,” added Remais, “and machine learning can pick up patterns in vast epidemiological and ecological datasets that help us understand why certain people and neighborhoods are at the highest risk, as well as what the future holds.”