A package of Luminal on display as part of the 2007 “Deadly Medicine: Creating The Master Race” exhibit at the Andy Warhol Museum in Pittsburgh, which traced the historical development of eugenics. Nazi Germany doctors used a number of methods, including overdoses of Luminal, to kill selected disabled children. (AP photo by Gene J. Puskar)

This article was originally posted on the Berkeley News website.

In 2018, bioethics professor Osagie Obasogie and other faculty in UC Berkeley’s School of Public Health were surprised to learn that research dollars were available from a fund originally dedicated to the study of eugenics, the now-debunked idea that selective breeding can be used to better the human race. For decades, this ideology was used to justify forced sterilizations and other acts of horrific violence against marginalized people.

In recent years, the Genealogical Eugenics Institute Fund annual payout, approximately $70,000, was used primarily to cover faculty and student research expenses unrelated to eugenics. But for Obasogie, and a number of other Berkeley Public Health faculty, use of funds with such discriminatory origins to support the school’s regular operations could not — and cannot — be justified. In response to faculty concern, the school froze the fund in 2018. 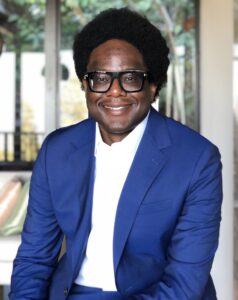 Osagie Obasogie, the Haas Distinguished Chair and professor of bioethics at Berkeley Public Health, has led the effort to rename and repurpose the former eugenics fund.

Berkeley Public Health is now moving forward with plans to rename and repurpose the former eugenics fund, with the goal of educating the Berkeley campus community, and the broader public, about eugenics’ brutal legacy. The fund will be renamed and repurposed for projects that foster conversations about eugenics and that benefit communities most harmed by this practice.

“Eugenics is not simply something that happened several decades ago, but is with us to this very day,” Obasogie said. “We would like to use these funds to educate our students, faculty and staff about the history of eugenics and to train people to be aware of how eugenic thinking persists in the ways that we continue to practice medicine and public health.”

At the core of eugenics is the idea that so-called “bad” traits can be eliminated from the population by encouraging people thought to have favorable characteristics — being smart, attractive and wealthy — to reproduce, while discouraging the reproduction of those deemed “unfit,” or eliminating them entirely. In practice, notions of “good” versus “bad” traits often align with pre-existing social biases, including racism and ableism. As a result, the ideology has been used to promote the well-being of white, able-bodied and financially secure people, while further marginalizing those in struggling communities, particularly women, low income people, people of color and individuals with disabilities.

“By accepting and using these funds over the past four decades, we must acknowledge that Berkeley Public Health has been a part of this horrific legacy of eugenics that has caused great harm in medicine and public health, from forced sterilizations to genocides,” said Berkeley Public Health Dean Michael Lu.  “The school is committed to acknowledging our complicity, apologizing for our past sins and taking action to make things right, by renaming and repurposing the fund toward expressly anti-eugenics purposes.”

Current proposals for repurposing the proceeds of the fund include establishing at Berkeley the 1907 Project, which will explore the ongoing legacy of eugenics in a public-facing essay collection, and creating a UC-wide series of public forums to discuss eugenics in California. Faculty have suggested using the remaining principal of the fund to increase financial aid for underrepresented minority students, support additional research within communities disproportionately harmed by eugenics or establishing an anti-eugenics and anti-racist institute.

The term “eugenics” was first coined in 1883, and the idea became wildly popular in America during the early 20th century. In 1907, Indiana passed the country’s first eugenics law, which allowed the compulsory sterilization of people with mental disabilities and those convicted of crimes. Many other states followed with their own compulsory sterilization laws, as well as other statutes related to marriage, segregation and immigration that were designed to benefit primarily white, financially-secure individuals, to the detriment of other communities. 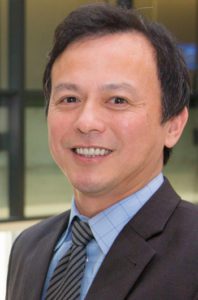 Eugenics was particularly popular in California. In 1909, California became the third state in the nation to enact a compulsory sterilization law, and between 1919 and 1952, the law was used to justify the sterilization of approximately 20,000 people in state institutions. Scholars estimate that as many as 800 of these individuals may still be alive today.

Many American proponents of eugenics, including Californian Charles Goethe, also had a strong influence in Germany. There, the Nazis’ embrace of eugenics in pursuit of a pure Aryan society ultimately led to the slaughter during World War II of 6 million Jewish people and countless other ethnic, religious and sexual minorities.

“The traditional narrative is that, while eugenics was popular leading up to World War II, the Holocaust forced people to confront the horrific nature of the practice, and the idea went away,” Obasogie said. “There are many notable examples of how that simply was not true and how eugenics continued to be embraced after the war. The eugenics fund (at Berkeley) is another example of how this idea persisted within medicine and public health.”

The eugenics fund was established in 1960 as a private trust “for the primary purpose of improvement of the human race through research and education in the field of eugenics.” In 1975, the trust was transferred to the UC Regents, with no express change to the terms. At some point, the funds were allocated to the Berkeley campus and finally given to the School of Public Health.

Records of the fund’s origins and use remain spotty. However, it appears that in the late 1980s, the fund was used to support a training program in genetic counseling at Berkeley Public Health. Later, it was used to cover miscellaneous expenses at the school, including staff salary and benefits, conference travel and operations costs. It was then frozen in 2018.

“Since the fund was here for roughly four decades, we now have a moral and ethical responsibility to try to make amends by initiating a UC-wide conversation about the history of eugenics and its legacy in many academic and professional fields,” Obasogie said.

Acknowledging and reclaiming the eugenics fund is critically important for Berkeley Public Health, given its worldwide leadership in the understanding of social determinants of health, Obasogie said. In direct opposition to eugenics, the social determinants approach to public health focuses on how social contexts and structural factors — such as racism, poverty and lack of access to resources — limit opportunities and impact the physical and mental health of marginalized communities.

“Eugenics is unscientific, unethical and inconsistent with everything we stand for as a community,” said Lu, who joined Berkeley Public Health in 2019. “Thus, it was shocking for many of us to learn that our school, known around the world as the birthplace of social determinants of health, had harbored a fund to support eugenics research and education for 40 years. It was wrong then; it is wrong now. And that’s why I decided that we have to come clean and acknowledge, apologize and make amends for this disgraceful chapter of our history.”

Though eugenics is no longer overtly practiced in medicine or public health, the ideology’s ongoing impact is still reflected in society, such as in U.S current immigration laws. The continued advancement of genetic testing and gene-editing technologies, which could one day allow individuals or societies to select certain heritable traits, also warrants greater public discourse and accountability.

“Conversations surrounding bioethics don’t occur as often as they should within many schools of public health and schools of medicine,” Obasogie said. “But acknowledging the uncomfortable histories of these fields is critical for understanding what it means to be an ethical practitioner going forward.”