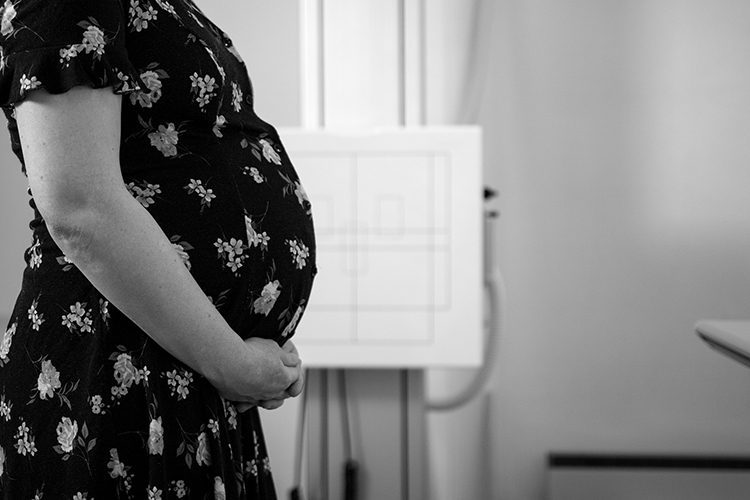 A new study suggests the 2016 presidential election may have adversely affected the health of Latinx mothers and their babies.

Note: Alison Gemmill, the assistant professor featured in this story, graduated from of the School of Public Health’s Maternal, Child and Adolescent Health program in 2011.

Latina mothers living in the United States experienced a significant jump in preterm births in the nine months following the Nov. 8, 2016, election, according to a study by researchers at UC Berkeley and the Johns Hopkins Bloomberg School of Public Health.

The analysis, based on U.S. government data on more than 33 million live births in the country, found an excess of 2,337 preterm births to U.S. Latina mothers, compared to projections about preterm birth rates.

“Elections have consequences on things beyond our pocketbooks and our debates about policy: They actually can affect our basic biology, and here is an example of that,” said study co-author Ralph Catalano, professor of public health at UC Berkeley.

The study, published July 19 in the journal JAMA Network Open, was prompted by smaller studies that had suggested adverse, stress-related health effects among Latin Americans in the United States after the Trump election.

The analysis revealed peaks in excess preterm births in February and July of 2017 for both male and female infants, which hints that infants conceived or in the second trimester of gestation at the time of the election may have been particularly vulnerable to maternal stress.

“The 2016 election, following campaign promises of mass deportation and the rollback of policies such as DACA, the Deferred Action for Childhood Arrivals program, may have adversely affected the health of Latinas and their newborns,” said study first author Alison Gemmill, assistant professor in the Department of Population, Family and Reproductive Health at the Bloomberg School, who received her Ph.D. from Berkeley in 2017.

“We’ve known that government policies, even when they’re not health policies per se, can affect people’s health, but it’s remarkable that an election and the associated shift in presidential tone appears to have done so,” said Gemmill.