What Does Senator Kamala Harris’ Record as California’s Attorney General Tell Us About Her Health Policy? 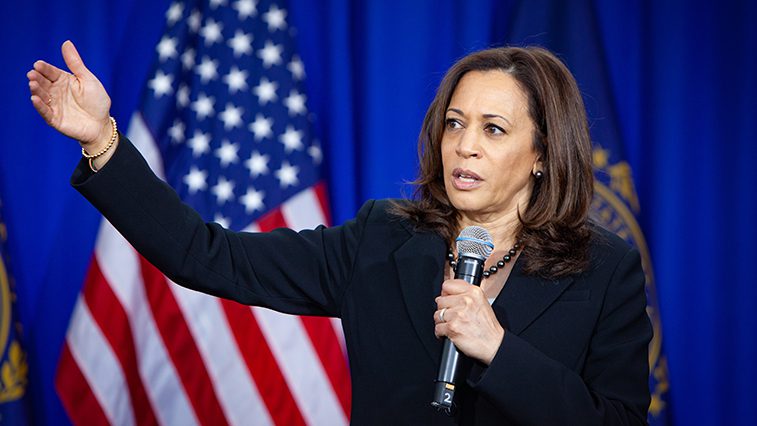 Health policy, like most public policy, is autoregressive: The past is usually the best predictor of the future. Democratic vice presidential nominee Kamala Harris’ position on national health policy issues is well known from presidential debates and public statements; less is known about what she actually did while serving as the attorney general for the state of California from 2010 to 2017. Most of her record in health policy as attorney general was in three areas: antitrust (especially mergers and consolidation), pharmaceuticals, and support of the Affordable Care Act (ACA). It is fair to say that she has been very active and effective in all three areas.

Harris laid the foundation for the landmark case against Sutter Health, although it was brought by the current attorney general of California Xavier Becerra. The case, which was one of the largest health care antitrust cases, stemmed from an investigation that began when then Attorney General Harris subpoenaed several health systems regarding concentration in their markets and the potential effects on prices. Harris understood that consolidation raises the price of care without any measurable increases in the quality of care. The Sutter case is just one of the many investigations led by Harris in the antitrust domain that became prominent and successful.

Earlier in her career, Harris authored and joined a number of briefs and statements surrounding health care antitrust during her terms as California’s top legal officer. As attorney general of California, Harris authored a multistate brief on the proposed merger between St. Luke’s Health Care System and Saltzer Medical Group P.A., which was anticipated to increase their market power and ultimately enable them to demand higher prices. In the brief, the states made explicit that the potential benefits of integration can be achieved by other means that promote and preserve market competition. In stating that the ACA ultimately uses competition to control costs, Harris and her co-authors refuted the claim that the ACA requires systems to grow through acquisitions. The courts ultimately affirmed that the acquisition violated the Clayton Act and Idaho Competition Act.

Additionally, under Harris’ leadership, California joined the US Department of Justice in filing a civil antitrust lawsuit to block the proposed merger of major insurers Anthem and Cigna. The merger, which was expected to create the nation’s largest health insurer with 53 million plan participants, was also expected to decrease reimbursement rates for providers and put health care quality and availability at risk in several markets. Ultimately, the merger was successfully blocked.

While Harris’ track record overseeing hospital and insurer mergers from a critical antitrust lens was consistent, she was perhaps most vocal and active in the pharmaceutical area during her time as attorney general of California. She scrutinized drug manufacturers’ business practices, including reverse payments or pay-for-delay agreements, in which companies pay competitors (or alleged patent infringers) to delay the introduction of their generic versions of a brand-name drug and essentially maintain higher prices.

Harris served as the lead and joined several other amicus briefs vocalizing how courts ought to view such practices as unlawful. When the civil antitrust case regarding Bayer Corporation’s engagement in pay-for-delay practices went before the US Supreme Court, Harris filed a friend-of-the-court brief that was signed by 31 other attorneys general, urging the court to review the agreements that protected Bayer’s antibiotic Cipro, cost consumers billions of dollars, and violated antitrust laws.

Despite the fact that federal Cipro cases surrounding antitrust and anticompetitive conduct by drug manufacturers were being dismissed, Harris authored another brief offering the California Supreme Court a rule for evaluating the legality of patent settlement agreements under state law. The Court went on to reject the previously used scope of the patent test, and years later the legislature went on to pass into law AB-824, Preserving Access to Affordable Drugs, which was certainly built on a foundation laid by Harris. The law put pay-for-delay practices, which Harris worked to battle during her terms as attorney general, under significantly greater scrutiny and is expected to lower drug prices for consumers across California. Toward the end of her term as attorney general, Harris and 34 other attorneys general filed a lawsuit against Indivior and MonoSolRx, alleging that the two companies were involved in a “product-hopping” scheme that blocked generic competition to the opioid addiction treatment drug Suboxone.

Harris also joined other states in briefs regarding FTC v. Watson Pharm and In re Lamictal Direct Purchaser Antitrust Litigation, litigation regarding FTC v. Actavis, Inc., and secured several million dollars for the state and its residents from various settlements with pharmaceutical companies.

Harris’ US Senate votes opposing the repealing and replacing of the ACA are well known, but she was defending the law long before she came to Congress. As attorney general, Harris vigorously defended the ACA. Her support for the ACA was formally voiced in 2011 when she signed a friend-of-the-court brief in the US Court of Appeals for the District of Columbia in support of the constitutionality of the ACA. The brief was the fourth of the year that Harris filed backing the constitutionality of the law.

In 2012, Harris led 10 states in filing a brief that urged the US Supreme Court not to entirely invalidate the ACA if the court decided that the minimum coverage provision was unconstitutional. Harris then went on to file a brief in support of the ACA’s Medicaid expansion, arguing that the law maintains the arrangement of a federal-state cooperative program and that states are not forced to act. It is clear that Sen. Harris has been protecting the ACA through defending its constitutionality since the very beginning.

Harris’ record as attorney general shows her deep understanding of key health policy issues, and her success bodes well for presidential candidate Joe Biden and his administration (should he be elected). Biden would have a vice president who has demonstrated that she could help with the implementation of his health policy agenda beginning with aggressively opposing mega mergers, which raise prices with little to no increase in quality of care delivered. Harris would be an asset in expanding the ACA and permitting undocumented individuals the opportunity to buy into the ACA as the Biden-Harris team move the nation toward universal coverage. Harris’ track record of taking on big pharma would complement Biden’s policies to lower drug prices and allow Medicare to negotiate with pharmaceutical companies. Sen. Harris’ record as the attorney general of California also reveals something else—her willingness to take bold steps to make health care more affordable, equitable, and accessible for Americans.