Alumna Christine Henneberg on her journey to becoming an abortion doctor

New memoir looks at the humanizing power of choice
By Elise Proulx | September 30, 2022 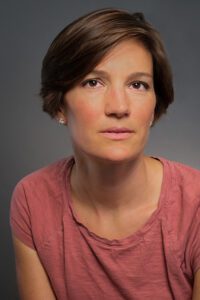 But while she was in medical school, Henneberg—who graduated from the UC Berkeley/UCSF Joint Medical Program in 2013—did a rotation in Zuckerberg San Francisco General’s hospital-based abortion clinic, where one patient interaction helped cement her inclination to specialize in women’s reproductive care.

She remembers that on a Friday evening, just as they were closing up, a mother and her daughter were let in through the heavy security doors.

“They had just driven all the way from Nevada and had the feeling they might be too late,” Henneberg says. “The daughter was 24 weeks pregnant that day, she was 16 years old, and she was at the legal limit of elective abortion in California.”

“I did her ultrasound and realized she was right on this cusp and remember reviewing the images and thinking it’s already Friday evening, what is she going to do?”

The UCSF team went ahead and offered the teen services right away, even on a Friday night. “To me that was just the pinnacle of being able to help someone as a doctor,” Henneberg said. “You’re not saving her life in some obvious way, but you are changing this girl’s life. And she seemed so young and was making this very adult decision. I just remember thinking this is where I can do exactly what I think I’m good at doing and I can really help people.”

“I fell in love with abortion care because I saw so many women who, the last thing they expected was for someone to offer them that trust and confidence,” she said. “It’s so gratifying to offer that to them and to see how meaningful it is for them. By the time I finished my residency, I knew I wanted to prioritize finding a position as an abortion doctor.”

She wrote most of the book over the course of her training. Her first year of practicing as an abortion doctor was also when she experienced her first pregnancy. “During that year, I had finished my first year of practice and also lived through my first pregnancy and went through the transformative process of being a mother. And got to think so much more about all of it,” she said.

The experience of being visibly pregnant while performing abortions was sometimes hard for her, but she says that, in the end, it helped her empathize with her patients even more strongly.

“I never once had a patient express anything but joy for me,” she said. “One young woman, I think she was 19, who was terminating her first pregnancy, just looked at me through her tears and said, ‘It’s your time.’”

“It was my time. It was my choice. And the choice to have an abortion—for most of my patients anyway, not the ones who were coming to me because of anomalies or miscarriages—was their choice. We had this in common, even though we were making very different choices.”

Now, Henneberg’s firstborn is five years old and she also has a three-year-old son. And the abortion landscape has become even more restrictive after June 2022, when the Supreme Court overturned the landmark Roe v. Wade case that had conferred the right to have an abortion in 1973.

“I am in a strange and privileged form of limbo as an abortion provider in California,” she says.” I know that … I’ll do the exact same thing today or tomorrow that I did before. That is a very protective thing for me emotionally.“

“And I still feel a deep sadness and grief and empathy for my colleagues in other states who, just like me, made sacrifices to train as physicians and to make a speciality out of abortion care,” she said. “And [I feel] for their patients; I just can’t even wrap my mind around how dehumanizing that would be to be a pregnant woman right now who knows she needs an abortion and will not be able to get it. To feel that your body and your life are at the whim of other people. Dehumanizing is the only word I can think of.”

And in the end, Henneberg’s book is about giving women the humanizing option to make their own choices about their lives and their futures.

Learn more about how you can purchase Boundless: An Abortion Doctor Becomes a Mother at christinehenneberg.com.