Food insecurity, or having uncertain access to enough nutritionally adequate food for an active and healthy life, affects 16.5% of U.S. families. For Latino households with children, this figure climbs to 21.9%. For Households that include Latino farmworkers and their children, the rate ranges even higher, estimated to be between 39% and 64%. 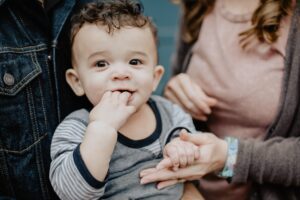 Photo by Kelly Sikkema on Unsplash.

Berkeley Health Alumnus Ryan Gamba, MPH, PhD, currently assistant professor in the Department of Health Sciences at Cal State East Bay, led a recent study on the effects of ELEFI (Early Life Exposure to Food Insecurity) on farmworker families who participated in the Berkeley-based Center for the Health Assessment of Mothers and Children of Salinas (CHAMACOS) study. (The CHAMACOS study is the longest running longitudinal birth cohort study of pesticides and other environmental exposures among children in a farmworker community.) The purpose of Gamba’s study:  to assess the association between ELEFI and change in BMI throughout childhood as well as the association between ELEFI and obesity status prior to age 12.

“Household food insecurity was primarily associated with decreases in growth among children. While the measures of BMI difference are small, there is a hard reality that these children may not be having enough food in the short term to grow as much as their peers who do not worry about food,”said Gamba.

Gamba was lead author of two articles produced by the study, coauthored with CHAMACOS and UC Berkeley researchers and published in the Journal of Immigrant and Minority Health and Pediatric Obesity.