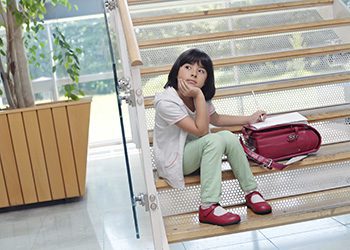 “Our findings suggest that potentially harmful Volatile Organic Compound (VOC) exposures are occurring in [early childhood education] environments,” the authors write in the study published online in the journal Indoor Air on September 22. The research came from a collaboration between the Center for Environmental Research and Children’s Health (CERCH) at the UC Berkeley School of Public Health, the Lawrence Berkeley National Laboratory, and the Research Division of the California Air Resource Board.

Many infants and young children spend as much as 10 hours per day, five days per week, in ECE facilities, which includes child care facilities and preschools. Nationally, about 61 percent of all U.S. children under 5 years old are enrolled in child care. Studies of early life exposures have primarily focused on homes or classrooms, but few studies have examined exposures in ECE facilities.

VOCs are a class of organic chemicals that easily evaporate and merge with the surrounding air. While some VOCs are harmless, others, such as benzene and chloroform, can cause cancer with regular exposure at high enough concentrations. Many are also respiratory irritants and can exacerbate asthma.

The environments studied were varied and included family child care providers, private centers, and programs run by school and government agencies. Despite the diversity of the early childhood environments sampled, all environments contained at least one of the four carcinogenic compounds at levels exceeding the state guidelines.

“We encountered some levels that could raise concerns, but I don’t think people should panic,” says Asa Bradman, an associate professor of environmental health sciences who coauthored the study. “This study underscores that children are exposed to many different chemicals in the environments where they spend time. We need to understand these exposures and when appropriate, reduce them.”

The researchers collected air samples over an 8-hour time frame from 34 early childhood education environments in two Northern California counties. The team initially focused on 38 VOCs, but used sophisticated chemistry techniques to identify 119 other chemicals in the childcares. The majority of compounds came from cleaning and personal care products.

Most of the chemicals did not have published exposures standards.  So the team reviewed toxicology data and applied structure-activity models to predict potential toxicity.  Twelve toxicants that warrant additional evaluation were identified, due to their potential for carcinogenic, neurologic, or other health effects.

Bradman advises that, in addition to monitoring our use of cleaning supplies, we make sure building ventilation systems work properly. “Very consistently, where there was better ventilation, the levels were lower,” he says. He adds, however, that it’s not always a clear choice. “As we try to move towards a more energy efficient environment, often one of the ways to save energy is to reduce ventilation, because you reduce heat loss. We should understand the tradeoff between protecting health and protecting the environment, without turning our buildings into energy sinks.”

In the concluding remarks of their publication, the authors write that their study likely “underestimates total risk to the children since they are likely exposed to these chemicals in other environments.” The authors call for more exposure research on these compounds. Bradman hopes that future research will look toward “the variability and determinates of the sources of these chemicals in the air,” along with intervention studies targeting specific facilities.

The lead authors on this study are Tina Hoang and Rosemary Castoina, researchers with CERCH. UC Berkeley School of Public Health coauthors are Bradman, Fraser Gaspar, Thomas E. McKone, and Alex Y. Shi. Other coauthors are Randy Maddalena of Berkeley Lawrence National Laboratory, Peggy L. Jenkins and Qunfang (Zoe) Zhang of the California Air Resources Board, and Emilio Benfenati of Mario Negri Institute for Pharmacological Research in Milan, Italy. This research was supported by the California Air Resource Board.