How Can America Get Native Health Right? 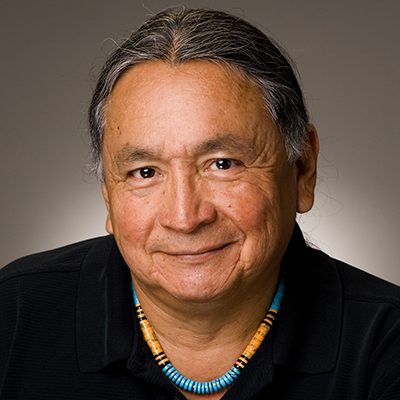 After growing up in New Mexico, California, and Utah, Bird received a bachelor’s degree in anthropology and master of social work from the University of Utah and worked as a medical social worker for a number of years before gaining his masters in public health from UC Berkeley School of Public Health in 1983. Bird is the first American Indian and social worker to serve as president (2000-2001) of the American Public Health Association (APHA). He has been involved in numerous projects and programs on a local, tribal, national, and international level.

Following his term at APHA, he served as executive director of the National Native American AIDS Prevention Center in Oakland. Bird is the first American Indian to serve on the National Policy Council for AARP and is currently the public health programs director for Indian Health Council, Inc., a community health center serving nine tribes in rural north San Diego County.

Bird: With a degree in social work, I returned to New Mexico and worked at the Santa Fe Indian hospital. Being in that setting opened my thought process and my perspective. It was an introduction to what was really going on in our communities.

What I realized was that in that role, I wasn’t able to have the kind of impact I wanted to have, and that no matter how good I was, or what I did, that it was sort of a revolving door for patients. Some people you can help, some you can’t, and there’s always someone in the queue, and it’s never ending. The system ended up being reactive instead of proactive.

I had known some professionals who came through [the School of Public Health at UC] Berkeley who introduced me to public health, and it was an area I wanted to explore. It was really about prevention, intervention, and community.

The lack of opportunities for Native people was contributing to their health conditions. Working for the Indian Health Service increased my awareness of some of the strengths and weaknesses of a bureaucratic system that was never adequately resourced, didn’t provide enough support and leadership, and was not engaging tribal communities in a respectful, collaborative manner.

SPH: You were the first Native American to serve as APHA president. Do you think that affected visibility of Native health issues?

Yes, I do think it did. There were a couple of things we accomplished when I was president. For one, the American Journal of Public Health, for the first time in its history, did an issue that focused on Native issues. And wherever I went, I reflected the concerns of Native communities and tried to promote a better understanding of the extent and nature of health disparities, which are historically based.

SPH: What are some public health disparities that Native Americans face?

Now, people are talking about COVID-19 and co-occurring conditions like diabetes, obesity, and respiratory conditions. From my perspective, the comorbidities [for Native Americans] are poverty, racism, and the lack of access to resources. The fact of the matter is that Indian Health Service is funded at 50 percent of the level of need. There is more money spent per capita on federal prisoners than on Native communities.

The primary problems are political. Treaties were made with tribes and part of the government’s commitment was to provide certain rights and resources to Native people. We exchanged land that benefited this country and have never been fully compensated.

In New Mexico, Native Americans make up 11 percent of the general population but they make up 50 percent of the COVID-19 cases. That’s just one example. The Pueblo tribes and Navajo Nation have been significantly impacted. You have high poverty rates, clearly marginalized populations. Some don’t have adequate housing, water, or electricity, and COVID just compounds all these conditions. It’s not just obesity, it’s what creates obesity. You do see a correlation to other communities of color.

I think that because of our historical experience, which has brought us to this place, we continue to be marginalized by society because people don’t see us; they don’t recognize us; they don’t engage us. This cuts across many sectors. And we are invisible. It just leaves us out of the conversation and we lack representation in the public and private arena.

SPH: Police brutality is of great concern to many Americans. How does that issue affect Native peoples?

The American Indian Movement got started in 1968 in Minneapolis and it was in response to police brutality directed at Indians. According to an analysis of Centers for Disease Control and Prevention research, Indians have a higher rate [of dying at the hands of the police] than any group, even though we have a smaller percentage of the overall population.

SPH: What do you think can remedy these really serious problems?

What needs to happen is an honest accounting and an honest history. Representatives Deb Haaland (one of the first American Indians to serve in Congress) in New Mexico and Barbara Lee in California have been talking about the Truth and Reconciliation process that went on in South Africa to create a means to have those conversations.

I think that something like that needs to take place. There needs to be a real honest conversation based on the history of this country, starting with European contact some 500 years ago. Everyone needs to be part of the conversation. We’ve got to understand what happened, how it happened, and what we need to do to make it right. We need to seek the truth, and a new way forward together.