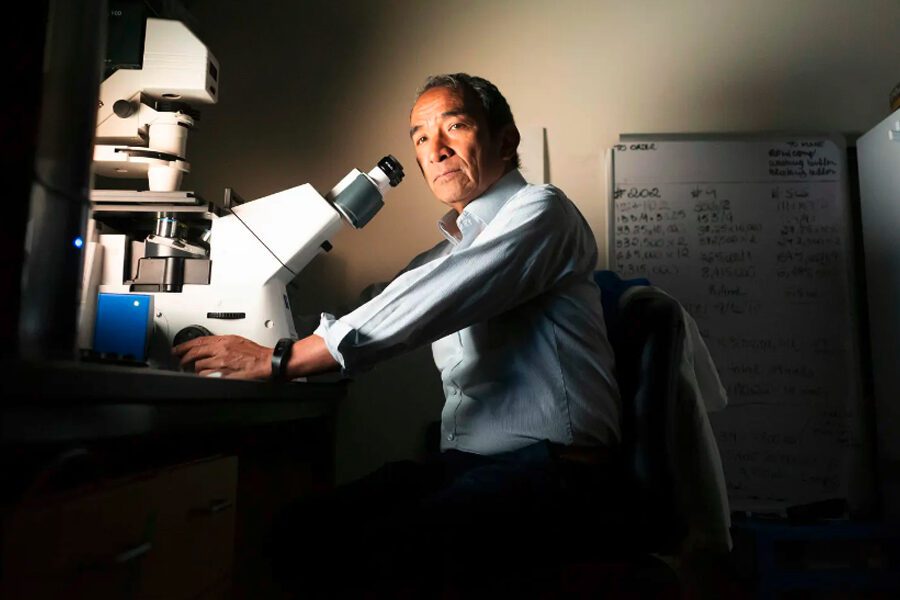 Click or tap the image above to view the photo gallery

Lee W. Riley, a leader in the decolonization of global health and pioneer in molecular epidemiology, died October 19, 2022, at the age of 73 in Berkeley, California, following a brief illness.

At the time of his death, Riley was professor of epidemiology and infectious diseases and chair of the Infectious Diseases and Vaccinology Division at the UC Berkeley School of Public Health, as well as director of the Global Health Equity Scholars Program.

Riley’s expansive research interests ranged from “slum” health to tuberculosis and from food borne pathogens—including seminal work on E. coli— to parasitic diseases. However, his true legacy is his generous mentorship of thousands of aspiring scientists and public health experts in the United States and around the globe. Their ongoing work serves as a testament to Riley’s ability to inspire and influence his students and collaborators.

His interest in international medicine led him to attend medical school at UCSF. Between his third and fourth years there, Riley went to Thailand for an elective course and engaged in his first clinical research. Stationed at a missionary hospital, he also ran outpatient clinics in the country, where he dispensed birth control and monitored for illnesses like tuberculosis, and began to ponder a career in public health.

“I gradually began to realize that it’s not enough just to be a practicing physician in those settings,” Riley said in the Pew oral history recordings. “In fact, it’s not very efficient. The problems are so overwhelming that I guess I began to feel that a single person is not going to be able to make that much of a difference. You’re like a drop in the bucket, in the ocean. So there had to be some other ways, and I had to see that, to come to that recognition, that realization. That’s when I really began to feel that you have to look at this from a bigger picture and from a point of view of public health.”

After completing a residency in internal medicine at Columbia Presbyterian Hospital, Riley joined the Centers for Disease Control and Prevention (CDC) in Atlanta in 1981 on a two year fellowship as an investigator in the Epidemic Intelligence Service. While there, he met Dr. Arthur Reingold, his long-time collaborator and future colleague at UC Berkeley School of Public Health and traveled to study disease outbreaks in several countries, including Brazil.

Tasked to do epidemiological fieldwork on enteric disease outbreaks—such as listeria, salmonella, and E. coli—Riley became interested in taking a molecular approach to epidemiology.  He authored a seminal study, published in the New England Journal of Medicine, showing for the first time that a specific kind of bloody diarrhea that appeared in Oregon and Michigan in 1982 was caused by a novel bacterium. The major foodborne pathogen, called E. coli O157:H7, sickens and can kill people who eat undercooked beef.  Riley traced the source of the outbreak through “Food Chain A”: McDonald’s restaurants in both states.

“His work really changed the whole approach to preventing this infection by not allowing the sale of undercooked hamburgers,” said Reingold. “This really made Lee’s career.”

Riley went on to complete a post-doctoral fellowship in infectious disease and medical microbiology at Stanford. There, he immersed himself in the interface between epidemiology—the study of how diseases spread in human populations—and molecular biology–the study of the genetics of microbes. Riley became an early leader in the new field of molecular epidemiology and eventually wrote the first book on the subject: his Molecular Epidemiology of Infectious Diseases: Principles and Practices was published in 2004.

While a postdoc, Riley received a Harold Amos fellowship from the Robert Wood Johnson Foundation, a four-year award for postdoctoral research offered to physicians and dentists from historically underrepresented groups. The award allowed him to research enteropathogenic E. coli, the bacterium that causes infantile diarrhea. Riley would later become an advisory board member of the Harold Amos Program, identifying and encouraging scholars from minority backgrounds to achieve in the medical field.

Riley relocated to New Delhi for two years in 1988 to serve as a laboratory project manager for the World Health Organization’s India Biomedical Support Project. When he returned to the U.S., he joined the faculty at Cornell and began studying tuberculosis, a disease on which he would focus on for the rest of his career.

In 1996, Riley moved from Cornell to the UC Berkeley School of Public Health, recruited by his CDC colleague Arthur Reingold. At UC Berkeley, Riley taught infectious disease breadth and other courses. His lab continued to research multi-drug resistant tuberculosis and food-borne pathogens, including the development of a novel theory that urinary tract infections are caused by certain strains of E. coli often present in food.

“Among his many accomplishments, Lee was a champion for ‘decolonizing global health’ long before it had a name,” said UC Berkeley Professor of Epidemiology and Biostatistics Sandra McCoy. “For over a decade, he co-led the Global Health Equity Scholars Program, a multi-institution training program designed to create a community of researchers, educators, and professionals prepared to address new and emerging global health challenges.”

The program specifically addressed “health problems that arise out of the inequity of conditions prevalent in informal human settlements that the United Nations has defined as slums,” according to the program’s website.

His early experiences in Thailand and India inspired Riley to travel around the world to investigate the relationship between slum conditions and infectious diseases like tuberculosis, leptospirosis, and rheumatic heart disease. With UC Berkeley’s Dr. Jason Coburn, he co-edited the book Slum Health: From the Cell to the Street in 2016. The book was hailed for emphasizing community-based responses and social justice.

“His passion was for global health…to work on the problems of the poor in low and middle income countries,” said Reingold. “He devoted his career to working on the infectious disease problems of the poor, to train others and to share his passion for these activities, bringing in friends, colleagues, and other experts.”

As part of his push to give people worldwide agency over their own health, Riley launched the International Course on Molecular Epidemiology in Emerging Infectious and Parasitic Diseases in 2002 in Salvador, Brazil. He collaborated with Brazilian researcher Dr. Mitermayer Galvão dos Reis, who succeeded in attending medical school despite growing up in a local favela community. The school has trained close to 1,000 researchers and public health professionals.

“He, without a shadow of a doubt, was a great researcher and a great trainer of human resources,” said Reis. “Lee trained people from all over the world and played an important role in training people here in Brazil.”

Collaborator and longtime friend Dr. Albert Ko, professor of epidemiology and infectious diseases at Yale, said the program trained people in the community, rather than in the ivory tower. “It captured that decolonization philosophy. Brazilians now are leading that course and teaching people from African countries, Panama, Colombia, and elsewhere,” Ko said.

“Not only did he do collaborations on specific disease outcomes, there was a lot of work in communities affected by these diseases, and building resources, and providing opportunities for people in the long term,” said Riley’s wife, Dr. Eva Raphael. “His work in Brazil is the perfect example of decolonizing global health.”

A legacy as a beloved mentor

Everyone whose lives he touched agrees that Riley’s biggest legacy will be his unflagging mentorship and support for students and collaborators around the world.

“His legacy is all the people that he’s trained,” said University of Arizona Associate Professor Purnima Madhivanan, who worked with Riley at the Global Health Equity Scholars Program. “His strength lay in making sure he gave them the kind of training that made them competent researchers and researchers with empathy, who can ask the right questions. Working with him certainly changed my life.”

Another UC Berkeley School of Public Health colleague, Dr. John Swartzberg, said that Riley had an oversized influence on his MPH and PhD students.

“Lots of professors teach a course and it just never has an effect,” said Swartzberg. “But there was something about Lee’s interactions with students that really sustained those strong feelings over the decades.”

Reingold remembers him as a “warm, welcoming, supportive person with a sense of humor. He never took himself too seriously, was never self-important.”

Riley was a fellow in the American Academy of Microbiology and of the Infectious Disease Society of America. In 2014, he was appointed by the U.S. Secretary of Health and Human Services to serve as a member of the Board of Scientific Counselors for the National Center for Infectious Disease of the CDC. He was the recipient of 16 NIH grants, 10 patents, and published more than 300 scholarly articles.