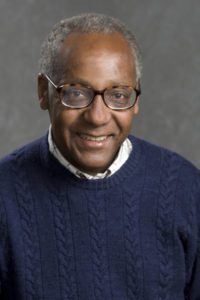 Snowden’s research focuses on mental health care access and quality, especially disparities in access and quality. He is Professor of the Graduate School in the Health Policy and Management Program at Berkeley Public Health, and also holds appointments in the UC Berkeley-UCSF Joint Medical Program and the UC Berkeley Othering and Belonging Institute, and in Berkeley’s Psychology department.

According to the APHA, the Carl Taube Award was created in 1990 to honor Carl Taube for his major role in promoting mental health services and policy research and mental health economics and to recognize scholars who have made important lifetime contributions to public mental health. As Director of the Division of Biometry and Applied Sciences at the National Institute of Mental Health, Dr. Taube redesigned and expanded the national reporting program on mental health services and pioneered the use of these data to analyze major policy trends in deinstitutionalization and shifts in financing.  He designed and implemented the national Inventory of Community Mental Health Centers which became the Inventory of Mental Health Organizations. Widely published throughout his career, Dr. Taube was Professor of Mental Hygiene at the Johns Hopkins University School of Public Health, consultant to the World Health Organization, and advisor to the Robert Wood Johnson Foundation Program for the Chronically Mentally Ill.

“The research conducted in the Center for Mental Health Services Research under Dr. Snowden’s leadership has advanced understanding of the structural sources of racial and ethnic disparities in access to quality mental health care in the United States and contributed in significant ways to scholarly discourse, policy debate, and policy making,” the APHA said in a public announcement. “As such, Dr. Snowden’s research and policy advocacy accomplishments reflect Carl Taube’s pioneering initiatives to ensure that national data could accurately track the impact of major policies like deinstitutionalization on underserved and stigmatized people with mental illness. Many challenges remain to eliminating health and mental health disparities, and his work has been critical in forging the way forward.”

Snowden will deliver his award lecture on “The Affordable Care Act’s Continuing Promise to Close African American/White Disparities in Mental Health Treatment and Quality Of Care” at the APHA 2021 Conference in October.