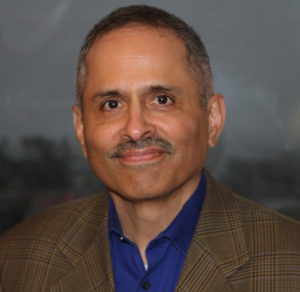 Dr. Tomás Aragón has a long history with UC Berkeley. He received his undergraduate training at Cal and returned after Harvard Medical School to receive a DrPH from the School of Public Health. At commencement 2021, Dr. Aragón, now California state public health officer, will be honored as the Berkeley Public Health Alumnus of the Year. He’ll receive his award during the 2021 live streamed commencement ceremony. We recently had a chance to talk with Dr. Aragón about his work, the COVID-10 pandemic, and the advice he has for the public health professionals of tomorrow.

Berkeley Public Health: Can you tell me a little about your connection with UC Berkeley?

I started at UC Berkeley as an undergrad in 1977. I dropped out after two quarters and came back in 1981, graduating in 1983. When I was an undergraduate, I took a course in cancer epidemiology and that’s when I became very interested in public health. I knew then I was going to do something related to public health. So when I went to medical school [at Harvard], I took an extra year for a master of public health.

I got my DrPH in 2000 [from Berkeley Public Health), and then 9/11 happened. All of a sudden, public health changed with a big emphasis on becoming prepared for disaster. And Art Reingold recruited me to create a Center for Disease Control and Prevention (CDC) public health preparedness center at UC Berkeley. I was there for almost eight years, both training and researching, all focused on infectious disease preparedness; I spent 10 years focusing on how to prepare for pandemics.

When did you become the Health Officer for the City and County of San Francisco? And how did you prepare for the COVID-19 pandemic?

I was recruited to become [SF] health officer in 2011, and that’s when I…hung up my infectious disease preparation work and just focused on general public health. Then the pandemic happened.

We already had experience with SARS; in early 2003, I led the UC Berkeley task force to prepare for SARS. Then there was 2009 H1N1 pandemic, Ebola in 2014, there was Zika, MERS, and a series of things that we were preparing for.

In January 2020, when we were seeing what was happening in China, I met with my communicable diseases experts. On January 21, we activated our emergency response; we were the first city and county in the nation to do so.

On March 15, we met and decided [to enact a stay-at-home order] within 24 hours. We mobilized the attorneys and had to get some political support. And we issued that order on March 16, with the state following March 19. New York City followed March 22.

How do you think California is doing with regards to COVID?

The big challenge with California is it’s a state of 40 million people and incredibly diverse. It’s challenging coming up with policies that work for every county. Some policies will be too restrictive, some not enough. But the state is doing really well right now as opposed to other states.

Vaccination rates are high, deaths are low, cases are low. But there’s still work for underrepresented communities to get vaccinated. I am pleased, but keeping our fingers crossed that these variants don’t get ahead of us.

Is there anything you would have done differently so far during this pandemic?

Some people say we should have been like New Zealand or Korea, but you have to work within the culture and political lanes. You have to convince elected officials, that’s one of the challenges. In California, public health officers have a lot of legal authority but it’s not unlimited, we can’t do things that are unconstitutional. Everything we have to do is the least restrictive option that gets the work done. You have to do it with a lot of thought.

How has the new presidential administration changed things for California?

Oh, I think it’s huge. Something like a pandemic, you have to have leadership at the top, you have to have some standardization and a vision and discipline in how you get things done. Otherwise, everyone is on their own and you’re not going to get the quality of response.

I hear from my peers that it’s been much, much better. With the prior administration, we were unable to turn to the CDC on a consistent basis. Their role was very limited.

What do you see as the most urgent issues in public health right now and how do you think we should approach them?

Number one, climate change is a big one, a global issue.

Number two,  conflict and oppression, and you see this all over the world. Human evolution has given humans this great gift of cultural diversity. Human beings have this ability to have consensus around abstract concepts, they can imagine new worlds, and put together their skills and give us new worlds. But the downside is we have a vulnerability of becoming tribal and having conflicts between groups. The way our brains are wired, we can develop rigid beliefs and become polarized and dehumanize and oppress other groups. From a historical perspective, the U.S. has to deal with structural racism, but it’s an issue around the world.

What do you consider your biggest accomplishment?

I think for me, I made a decision that I would not focus on myself. Public health is like a team sport, you can either be the star athlete or you can be the coach who sets up the processes and tries to bring out the best in your athletes. I decided early on, when I became a health officer, I was going to focus on being the coach. For me, to the extent I’ve been able to help people fulfil their potential, that’s what I’m proud of the most. I think that’s what it takes. Solving complex problems requires a diverse team. It’s what we can do collectively.

What is your message for current public health students, like the ones graduating from Berkeley Public Health May 16?

I would say the most important things are humility, curiosity, and inquiry. It’s so important to have an open mind and heart and embrace curiosity over certainty and inquire before you advocate.

You have to listen to other points of view and not think that what you’re advocating for is the only answer. Unless you listen and connect with other people, you won’t have allies.

This interview has been edited for length and clarity.