UC Berkeley researchers show that Valley fever’s rise in California is linked to drought and warming temperatures in the state
October 5, 2022 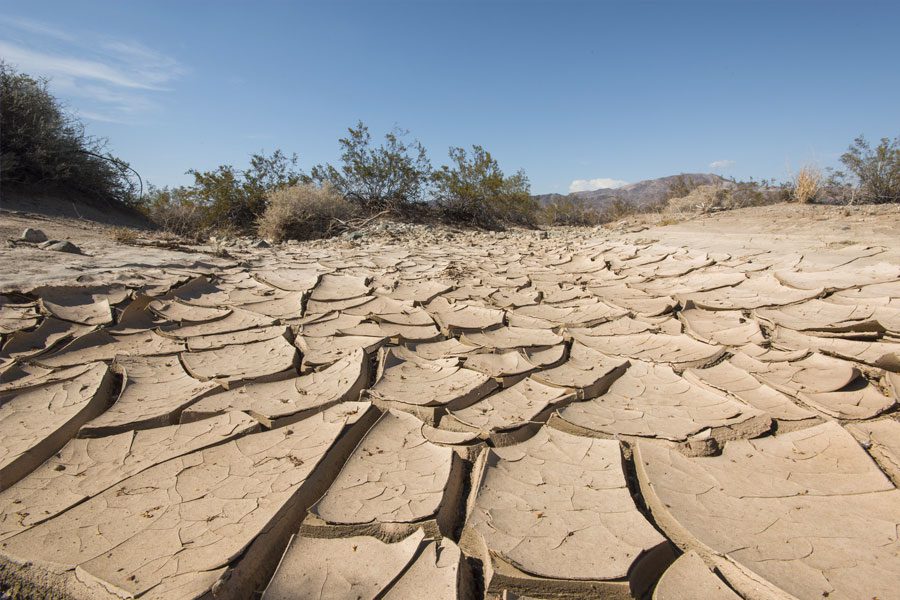 Coccidioidomycosis—also known as Valley fever—is an infectious disease that is taking an increasing toll on the health of Californians and people living throughout the Southwest. In a study published today in Lancet Planetary Health, researchers at UC Berkeley have discovered a pronounced role of California’s recent droughts in driving the transmission of the pathogen in the state.

People can contract coccidioidomycosis by breathing in dust that contains spores of the Coccidioides fungus. The fungus grows in soil and spreads via tiny spores that are inhaled with dust that is stirred up by strong winds, digging, or other disturbances to soil. California is currently experiencing the highest-ever recorded number of cases of coccidioidomycosis, yet little is known about the role of California’s changing climate in driving these trends, or how future changes in the state might impact the spread of the disease.

“We know that the extreme precipitation deficit that has plagued California in recent decades is one of the greatest environmental challenges in the Western U.S.,” said Dr. Jennifer Head, Assistant Researcher of Environmental Health Sciences at Berkeley Public Health, who led the research. “This research is the first to find evidence that California’s recent droughts are also exacerbating the transmission of an emerging infectious disease in the state,” she added.

The researchers analyzed more than 81,000 coccidioidomycosis surveillance records collected by state and local agencies over a 20-year period. They applied complex, non-linear statistical models to examine the relationship between temperature, precipitation, and coccidioidomycosis incidence. They found that multi-year cycles of dry conditions, followed by a wet winter, amplify coccidioidomycosis transmission. Disease incidence in arid counties—such as Kern and Kings—was most sensitive to precipitation fluctuations, while incidence in wetter coastal counties—like Monterey and Ventura—was most sensitive to fluctuations in temperature, potentially explaining why incidence rates have increased more dramatically in these wetter and cooler counties in the state.

“We’ve seen that rates in northern San Joaquin Valley counties are 15 times higher than they were two decades ago. We now understand that transmission within these areas is strongly enhanced by heat,” said Head.

The researchers went on to estimate the causal effect of two major droughts in California—one spanning 2007 to 2009, and another 2012 to 2015—on incidence of coccidioidomycosis.

Interestingly, the researchers found that drought conditions initially suppress transmission, but transmission strongly rebounds in the years immediately following drought. “Fungi require moisture to grow. During droughts, winter precipitation is too low for proliferation of the organism in the soil, and less fungus in the soil means lower risk of inhaling a pathogenic spore,” Head explained.

However, cases spike in years that follow drought. During 2016–17, two wet years that followed the 2012–15 drought, the researchers estimated that there were nearly 2,500 excess cases of coccidioidomycosis attributable to the effect of the prior drought on transmission. This excess of cases more than offset the cases of coccidioidomycosis averted during the drought period.

“Transmission rebounds sharply when droughts conclude, posing major risks to vulnerable Californians, particularly outdoor workers engaged in construction, farm work, or other trades,” said Justin Remais, Professor and Chair of Environmental Health Sciences at Berkeley Public Health and principal investigator of the research project. “The end of our current drought will be good news for California, but bad news for Valley fever.”

With the frequency and severity of drought in the state expected to increase under climate change, the researchers say that we should be prepared to see the expansion of disease across California and other western states. According to Head, “We should anticipate higher risk of infection in the years that follow future droughts, and we should take extra precautions to educate the public and health care providers” about the unique risks during these periods. We also need to ensure outdoor workers have access to respiratory protection where appropriate.”

“We are just beginning to appreciate the many ways climate change is impacting the health of Californians,” said Remais. “Dr. Head’s study reveals a previously unknown relationship between drought and an emerging infectious disease, offering the most comprehensive examination to date of the role of climate and drought in the emergence and transmission of coccidioidomycosis in California. We must now dedicate our efforts to detect, treat and prevent Valley fever among those most affected by drought and other climate extremes in the state.”

The study was supported by grants from the National Institute of Allergy and Infectious Diseases, and the UC Office of the President.