Toxic air pollutants from secondhand cannabis bong smoke are four times worse than that from cigarettes.
By Elise Proulx | April 1, 2022 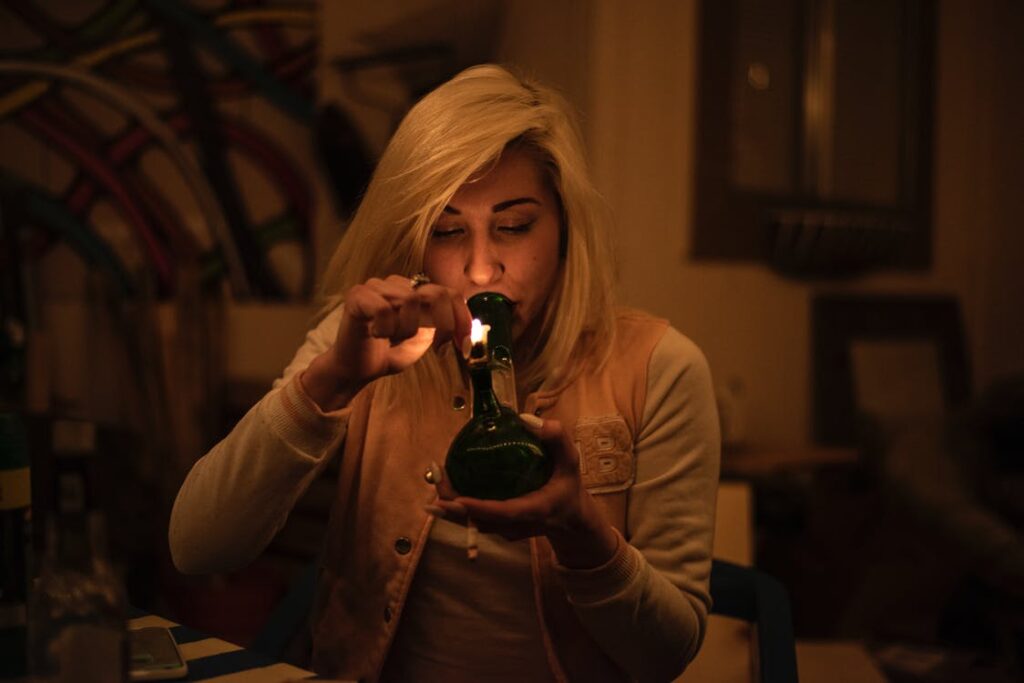 Despite the known dangers of secondhand tobacco smoke, there has been a lack of research focused on the risk of SHCS from social cannabis smoking.

However, a new paper published March 30, 2022, in JAMA Network Open by authors Patton Khuu Nguyen, MPH, and Berkeley Public Health Professor of Environmental Health Sciences S. Katharine Hammond, is the first to quantify SHCS levels from social cannabis smoking using a bong in the home. The research reveals concentrations greatly exceeded those in homes with tobacco cigarette or hookah smoking and decayed very slowly, which suggests that, contrary to popular beliefs, bong smoking is not safe for those nearby.

“SHCS in the home can expose nonsmokers to extremely high concentrations of fine particulate matter, as much as 10 times greater than the very unhealthy wildfire smoke the Bay Area experienced during the orange sky days of September 2020,” says Nguyen. “Fine particulate matter decayed so slowly that even 12 hours after cannabis smoking ceased, the daily average concentration still exceeded US EPA daily standard by six-fold. Exposure to fine particulate matter above suggested limits has been shown to cause premature death, strokes, reduced lung function, and increased mortality from lung cancer and heart disease.”

“The public should be aware of the potential concerns with secondhand cannabis smoke,” said Nguyen. “Smokers should understand how smoking indoors can impact others and potentially expose children, pregnant women, the elderly, workers, and nonsmokers. Public health policies should establish cannabis smoke-free environments similar to tobacco smoke-free environments.”