An analysis by experts at UC Berkeley School of Public Health shows that governments in Republican-controlled states continue to block or stall the expansion of eligibility for Medicaid despite millions of low-income Americans going without health insurance.

The analysis, published in Health Affairs in March 2020, looked at the relationship between state politics and Medicaid expansion throughout the country, including the role of special interest groups, electoral competition, and ballot initiatives.

As Americans deal with the pandemic and accompanying economic recession, Medicaid expansion is more important than ever, the paper’s authors say. 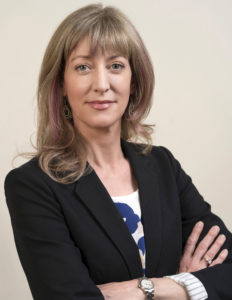 “Conversations about healthcare coverage have gotten more focused on why the lack of universal health coverage is necessary during a pandemic,” co-author Ann Keller said. “During a pandemic, you want to make sure that people have health insurance coverage so people can get timely care when they need it.”

Ten years after the passage of the Affordable Care Act, federal guidelines set the eligibility requirements for Medicaid for those with incomes up to 138% of the federal poverty level, which is $35,535 annual income for a family of four. States vary in how they enforce who is eligible for Medicaid.

Keller, a Community Health Sciences professor at Berkeley Public Health, says in almost every state, voters prefer Medicaid expansion, but because of gerrymandering, state legislatures tend to be far more conservative than the population they serve. Despite fiscal incentives for expanding Medicaid, states with conservative governments have prevented its expansion in a variety of ways.

“The goal of the piece is to show that the partisan politics around Medicaid expansion continue to block even democratic preferences…to expand [Medicaid],” Keller said. “Voters really want to see this happen. I think one of the reasons why we’re seeing Medicaid expansion happening by ballot initiative in conservative states is because people are starting to see the problem of not having health care options in the middle of a pandemic.”

According to the article, even when ballot initiatives that expand Medicaid eligibility pass, there are instances in which lawmakers simply refuse to implement Medicaid expansion or overturn the effects of the ballot initiative as soon as they can.

Hospitals that are most impacted by the lack of insured patients are strong advocates for Medicaid expansion as they have historically faced an unequal burden of uncompensated healthcare. This issue has been part of the reason rural hospitals across the US have been going out of business.

“One of the policy outcomes of not expanding Medicaid is that rural hospitals are financially vulnerable in that situation,” Keller said. “Rural hospitals fare better in Medicaid-expanded states. One of the things that’s interesting to think about is that in some rural communities the hospital is the major employer, so if that hospital does close then you have many employees losing healthcare coverage and their jobs.”

The lack of healthcare insurance alongside hospital closures is proving to be especially worrisome during a pandemic. Keller said that having work requirements for Medicaid eligibility during a pandemic will make fewer Americans eligible as the economy suffers and many are unemployed. As a majority of Americans access healthcare through their employers, job losses are increasing the number of those without healthcare.

“In a pandemic where the economy is contracting and people are losing their jobs, where Medicaid is not expanding, we see increasingly larger groups of people being left vulnerable,” Keller said. “Having work requirements in any state in order to receive Medicaid benefits creates a really big barrier to getting healthcare coverage because of the economic crisis we’re in.”