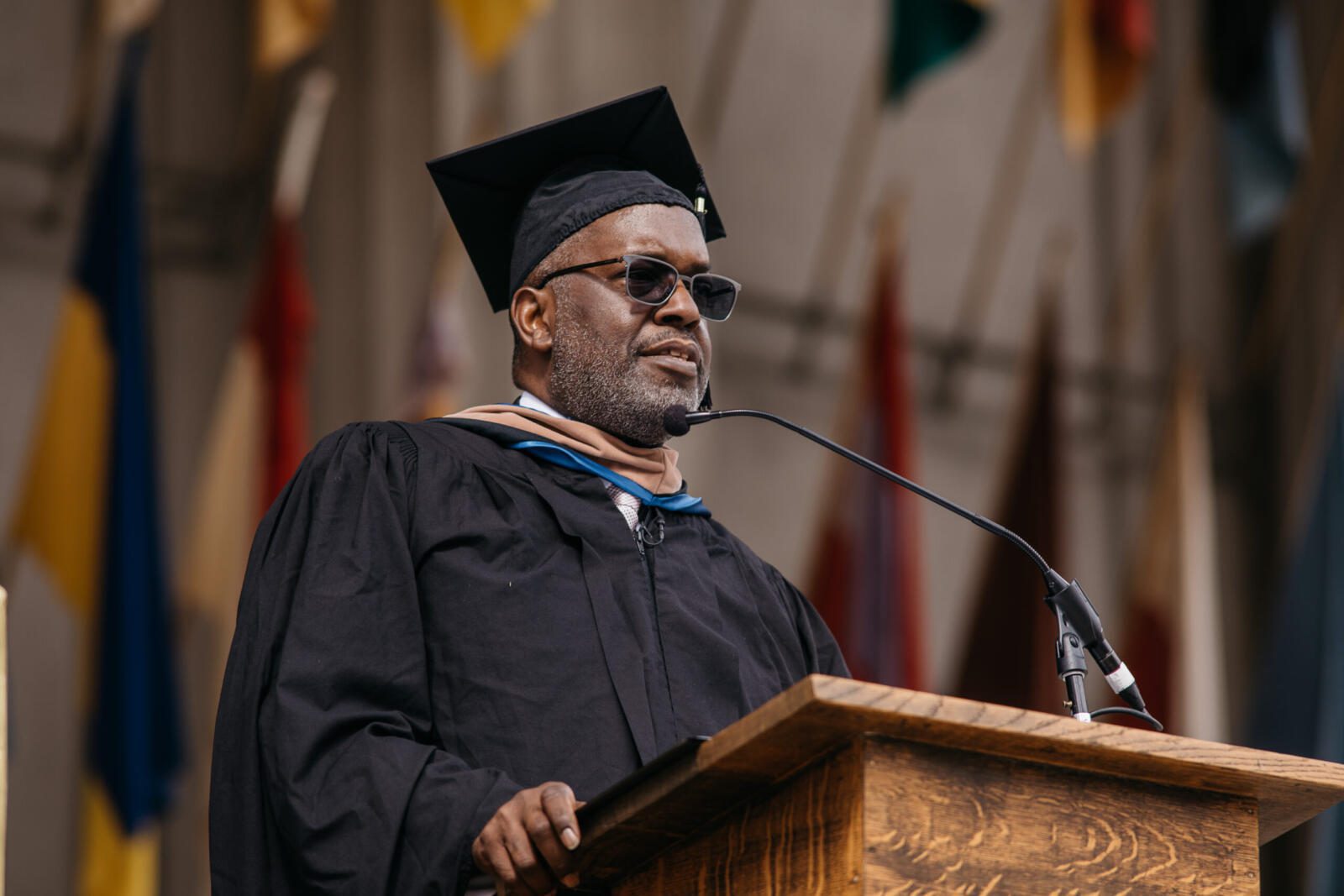 On Sunday, November 10, Bernard J. Tyson, Chairman and CEO of Kaiser Permanente, passed away at 60. He died unexpectedly in his sleep, according to a company statement.

As a leader at the largest managed healthcare organization in the United States, Tyson was beloved by the Berkeley Public Health community. Under his leadership, Kaiser Permanente made significant contributions to the school, particularly through the Kaiser Permanente Scholars Program, which supports students focused on the healthcare needs of vulnerable populations.

Tyson also donated his personal time and money to the school’s efforts. In 2019 he delivered the keynote address at the school’s commencement ceremony and was the largest donor to the Graduating Class Gift campaign.

“You chose this path because you all believe in social justice and basic human right to a healthy life,” Tyson told the 74th graduating class, with a challenge: “So I ask, which America will you want to build?”

The Kaiser Permanente Scholars Program at Berkeley Public Health has awarded more than 200 scholarships to date to students pursuing MPH and DrPH degrees at Berkeley. Almost all are underrepresented students. Graduates of the program have now spread across California to improve the health of vulnerable populations.

“Throughout his career, Bernard Tyson embodied the core values of Berkeley Public Health: health as a right, strength through diversity, think forward, and impact first. He was a healthcare executive who truly understood public health. He worked to improve the health of not only Kaiser members but their communities by addressing social determinants of health, and worked to reduce health disparities by addressing the social injustices that disproportionately affect the health and dignity of vulnerable communities. The world has just lost a great public health hero,” said Dean Michael Lu.

Tyson’s influence has been felt around California and across the country. In his nearly 35 years at Kaiser Permanente, he served roles from hospital administrator to chief operating officer before he was named CEO in 2013. During this time, the Oakland-based healthcare organization focused on delivering affordable, accessible, high-quality healthcare to the 66 million residents in the communities it serves.