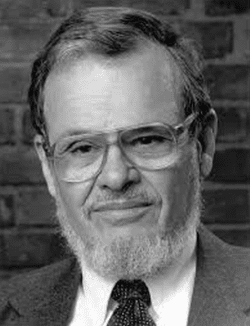 The UC Berkeley School of Public Health is deeply saddened to announce that Dr. Leonard J. Duhl, beloved professor of public health and city planning, passed away on December 28, 2019 in Oakland, CA. He was 93 years old.

A world-renowned psychiatrist and social activist who served as a trusted mentor to two generations of public health and urban planning students, Duhl is best known as the pioneer and “grandfather” of the Healthy Cities movement. In the 1970s, he championed the idea that in order for people and societies to become healthier, their cities must be livable. That means they must have clean water and air, safe housing, adequate employment, and access to education. The Healthy Cities initiative was adopted by the World Health Organization (WHO) in 1986 and encouraged cities across Europe and other parts of the world to prioritize health on their social, economic and political agendas.

“Len was a very important influence on my work and my life. When we helped kick off the WHO Healthy Cities program in Europe, he was one of very few people who was speaking about the crucial links between public health and the urban setting, which was considered radical at the time,” said Trevor Hancock MD, a co-founder of the Healthy Cities initiative and professor (retired) at the School of Public Health and Social Policy at the University of Victoria.

Born and raised in New York City, Duhl graduated from Columbia University in 1945 and received his medical degree from Albany Medical College. He interned at the Jewish Hospital in Brooklyn; completed his fellowship at the Menninger School of Psychiatry in Topeka, Kansas; and fulfilled his residency at Colmery – O’Neil Veterans’ Administration Medical Center in Topeka. He was also a graduate of the Washington Center for Psychoanalysis in the District of Columbia.

Remembered as a man of vision, warmth and generosity, Duhl had a passion for social justice and health care which led him to serve in the Kennedy and Johnson Administrations, spearheading efforts at the National Institute of Mental Health and Department of Housing and Urban Affairs. Afterwards, Duhl joined the faculty at UC Berkeley in 1968, where he worked as a professor of public health and city planning at Berkeley Public Health for 36 years. He was also a professor emeritus of City and Regional Planning at the College of Environmental Design and served as a clinical professor of psychiatry at the University of California, San Francisco. He retired in 2004.

Throughout his long career, Duhl was a kind mentor and teacher whose influence is still felt at the school. “Len was a giant in the field and his work on healthy cities made UC Berkeley the leading institution in this new field,” said Jason Corburn, a professor of public health and city and regional planning at UC Berkeley and director of the Center for Global Healthy Cities. “He influenced the creation of our joint master’s program in public health and city planning, which I now co-direct, and our graduates today are influencing the field of healthy urban planning and policy around the world.”

Duhl published 15 books, including Social Entrepreneurship of Change and Urban Condition – People and Policy in the Metropolis, and wrote hundreds of scientific articles and papers on urban social policy, health services, planning and reform, communities, social change and mental health.