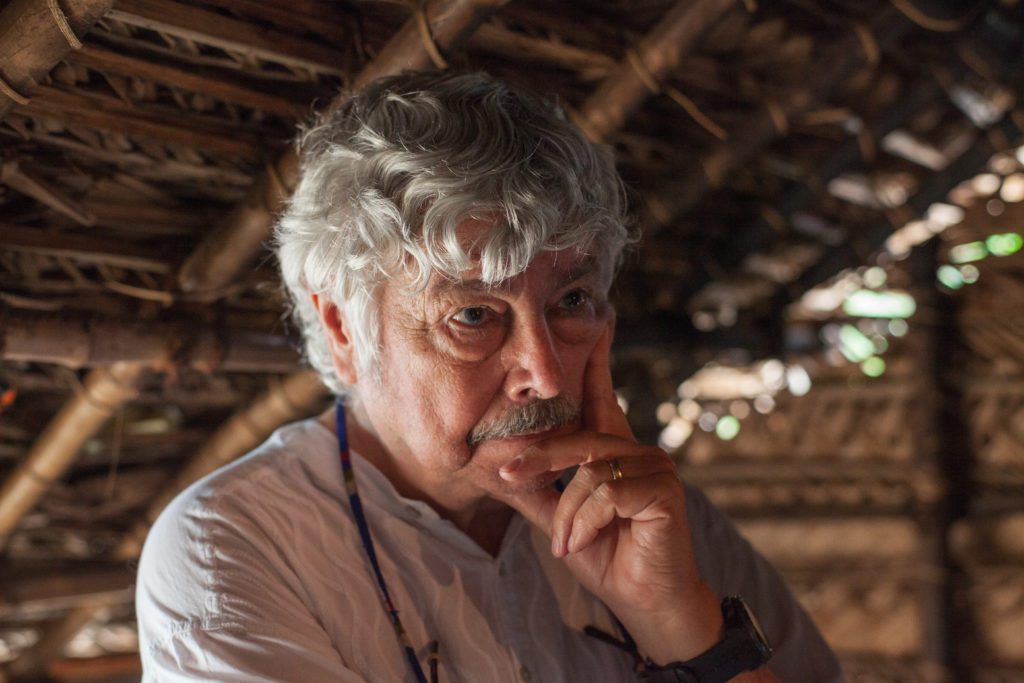 Kirk R. Smith, a pioneering researcher in the deadly risks of indoor air pollution in the developing world and an early voice raising concern about the health consequences of climate change, died June 15 at the age of 73 at his Berkeley home, following a stroke and subsequent cardiac arrest.

Smith was a professor of global environmental health at UC Berkeley’s School of Public Health and director of the Collaborative Clean Air Policy Centre in New Delhi. He was an environmental titan who championed the poor and disenfranchised, especially rural women and children in the developing world.

“Kirk showed an overwhelming commitment to the poor and the planet, and in fact showed us how we were failing both,” said Professor Justin Remais, head of the Division of Environmental Health Sciences at Berkeley Public Health, who first met Professor Smith as a Berkeley undergraduate in 1998.

“He had an eye for identifying in plain sight neglected public health crises both contemporary and looming,” said Remais. “Kirk was the kind of scholar who, where there is tremendous societal suffering and need, doesn’t just contribute to a field but creates new ones to address them.”

For more than 40 years, Smith had been at the forefront of efforts to understand the causes and reach of deadly air pollution—and to do something about it.

“He is literally the most important person in the world in what we call household air pollution,” said colleague and friend John Balmes, director of Berkeley Public Health’s Joint Medical Program. “He was really a true public health hero. I don’t know anyone I’ve worked with who saved more lives than he has.”

Smith started his career post-Ph.D. as a health scientist studying the risk associated with nuclear reactors, founding the Energy Program at the East-West Center in Honolulu. But in the late 1970s, a trip to Asia led to the realization that air pollution posed a much bigger threat to human health than did nuclear accidents.  As he used to say, in order to make the most contribution, you need to “follow the risk.”

The World Health Organization now blames air pollution for about one in every eight deaths worldwide; it kills more people annually than smoking, diabetes, and car accidents combined. Nearly 2.4 billion people worldwide rely on firewood and charcoal for cooking, resulting in emissions of fine particulate matter (“soot”) and CO2, forest degradation, and destructive climate change. The indoor air pollution that’s emitted in over 40% of the homes on the planet from cooking with solid fuels on inefficient stoves is especially harmful to the health of the women and children who often spend hours near smoky stoves each day.

Before Smith’s pioneering research, starting in 1981, there had been only one study on the health effects of indoor air pollution from cook stoves. Smith led studies on the problem and worked on practical solutions in 20 countries in Latin America and Asia. He also spearheaded the design and implementation of small, smart, fast, and cheap air sensors for people in low-income countries.

“Kirk helped the world understand that the burning of dirty household fuels was devastating the health and well-being of women and children around the world,” said Balmes, “and he dedicated his career to providing the evidence from robust and creative science that was needed to convince policymakers to reduce pollution and improve the lives of millions.”

In 2017, Smith partnered with the Indian Institute of Technology Delhi, Sri Ramachandra University Chennai, and The Energy and Resources Institute to create the Collaborative Clean Air Policy Centre, which compares and evaluates policy options for dealing with India’s health-damaging air pollution of all types: indoor and outdoor, rural and urban.

Nobel and work on climate change

Long before the health risks of climate change were widely acknowledged, Smith was investigating the complex linkages between energy, climate change, and public health.

“His research opened up new areas of knowledge and study on how changes to the planet’s climate affect public health,” said Remais, “and he pioneered methods that are widely used today for estimating how much disease and ill-health is caused by environmental exposures, including from climate change.”

Smith’s international reputation as a top scholar on the health impacts of climate change stemmed from his research in the early 1990s, before most researchers and policymakers were aware of the impending crisis. His work laid the foundation for widespread acknowledgment of the health threats from climate change in the late 1990s through the 2000s.

Smith led and contributed to the authorship of important chapters of  Intergovernmental Panel on Climate Change (IPCC) reports, including on climate change health impacts, climate adaptation, and the so-called “co-benefits” of actions that can both improve health while slowing greenhouse gas emissions. For this work, he shared in the Nobel Peace Prize that the IPCC, alongside Vice President Al Gore, received in 2007.

Smith was famous for his dry humor: He joked that because he shared his Nobel with more than 300 other scientists, he should qualify for a famed UC Berkeley campus Nobel Laureate parking spot at least one day a year. (Even though he actually preferred to walk to his office from his home on Panoramic Drive just above California Memorial Stadium.)

“Kirk and I had big dreams about how we were going to help tackle climate change,” said Michael Lu, dean of Berkeley Public Health. “He clearly saw climate change as humanity’s greatest existential threat, and each of us have a role to play to stop it.”

An insatiable curiosity and taste for adventure

Kirk Smith was born January 19, 1947, in Berkeley to Robert Nisbet, an attorney who was the first general manager of AC transit, and Ruth Smith, an alumna of Reed College. Kirk Smith’s passion for justice and taste for the wild side may have come from his mother; she worked in a Japanese internment camp during World War II, as well as conducting research with Timothy Leary.

Smith’s parents divorced when he was four years old and he took the name of his stepfather, Jim Smith, an engineer who his wife, Joan Diamond, said “taught Kirk his love of sailing, camping, and outdoor adventure.”

Smith  lived in Oakland and Piedmont until he was 11 years old, when the family moved to San Anselmo in Marin County. There, he met his new next-door neighbor, Joan, who was four years younger. She would later become his wife.

As a youth, Smith was known in his neighborhood for his brains and daring. “He talked his parents into scuba diving lessons at age 12, a sport he loved throughout his life,” his wife, Joan Diamond, said.

While in graduate school, Smith befriended Stephen Maizlish, now a professor of history at the University of Texas, Arlington. Smith’s indefatigable curiosity and zest for life were apparent to his new friend.

“He taught me then to see the adventure in life,” Maizlish said. “He took me tubing, sailing, hiking, to gliding lessons, and he flew me over northern California in a rented one-engine plane. Memorably, he drove me around a defiant Berkeley student demonstration on a motorcycle.”

The two went on to travel the world together. “In 1972 we circled the globe together, stopping in many of the countries that he would return to in future years to advance the health of so many of the people who lived in them,” said Maizlish. “We met in Kabul. He waved to me from the roof of the airport as I descended to the tarmac and greeted me with an apology that the hotel room he found for us cost what he considered the outrageously high price of $2.50 a night. From Afghanistan, we traveled eastward, through India, Kashmir, Nepal, Bangladesh, Burma, and beyond. And always Kirk insisted on getting to know the people in the countries we visited and to learning about the challenges they faced.”

After spending several decades at the East-West Center throughout the 1970s and ‘80s, Smith returned to Berkeley in 1995 and joined the faculty at the UC Berkeley School of Public Health, where he remained a revered faculty member until his death.

Smith’s friend and colleague, Berkeley Public Health professor Ralph Catalano, who frequently co-taught with him, said that Smith was the quintessential Berkeley professor. He was a brilliant scientist, he taught every introductory class he was asked to teach, and he had a strong moral compass: He was always committed to doing to the right thing.

“I learned a lot about teaching from watching him,” Catalano said.

He was also a prolific publisher, with more than 400 articles in peer-reviewed journals and books on air pollution, climate change, energy, and development. He was last listed as a co-writer on a scientific paper on the global impact of atmospheric arsenic on June 5, only 10 days before his death.

And Smith did it all with a knack for one-on-one connection.

“He followed up with the people he worked with in the early 1980s over the intervening decades to see how their lives had changed,” said Remais. “That’s the kind of person he was. He didn’t skate on top of all the issues he tackled, he was deeply invested in them at the interpersonal level.”

One of Smith’s most important legacies is the generations of scientists in the United States and around the globe that he trained not only in doing robust and innovative science but also in translating that research into practical actions.

“He worked tirelessly to amplify the voices and work of those he mentored,” said Pillarisetti. “He sung our praises widely, to any who would listen, and gave us his platform from which to launch our own. There are many of us—hundreds if not thousands of his former students and mentees—whose thinking, action, perspective, and approach to science, and to life, have been shaped by Kirk. This stands among his many substantial contributions to humanity.” 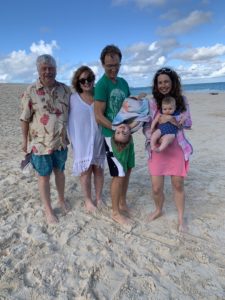 “The world has just lost one of its greatest public health heroes,” said Lu. “But Kirk will live on in the hearts of so many of us who count his friendship among our greatest blessings.”

In his later years, Smith focused on his work in India, especially nurturing the work of public health experts in that country.

A group of researchers that Smith mentored at the Sri Ramachandra Institute of Higher Education and Research wrote this tribute the day after he died: “Kirk taught us to believe in science and the power of systematic approaches. He taught us to learn from field experience. He guided each one of us, as we grew from being fledgling nothings to becoming passionate and respected professionals.”

In 1997, Smith was elected as a member of the US National Academy of Sciences, one of the highest honors awarded to US Scientists by their peers. In addition to sharing a Nobel, Smith received the Tyler Prize for Environmental Achievement—often called “The Nobel for the Environment”—in 2012 and a Heinz Award in Environment in 2009. He also received visiting distinguished professorships at top universities in China, India, and Mongolia.

UC Berkeley honored him with a 2008 Chancellor’s Award for Research in the Public Interest and Smith was named one of 75 Most Influential Alums of the UC Berkeley School of Public Health in 2018.

Smith was also an enthusiastic beekeeper and fan of post-apocalyptic environmental fiction, who adored his grandchildren and remained tremendously proud of the work done by his wife and daughter.

Smith is survived by his wife of 42 years, Joan Diamond of Berkeley, daughter Nadia Diamond-Smith and her husband, Vanja Torbica, of Berkeley, and two grandchildren, Miro and Zoja.

To make a gift to the School of Public Health in memory of Kirk Smith, please go to give.berkeley.edu/kirksmith.