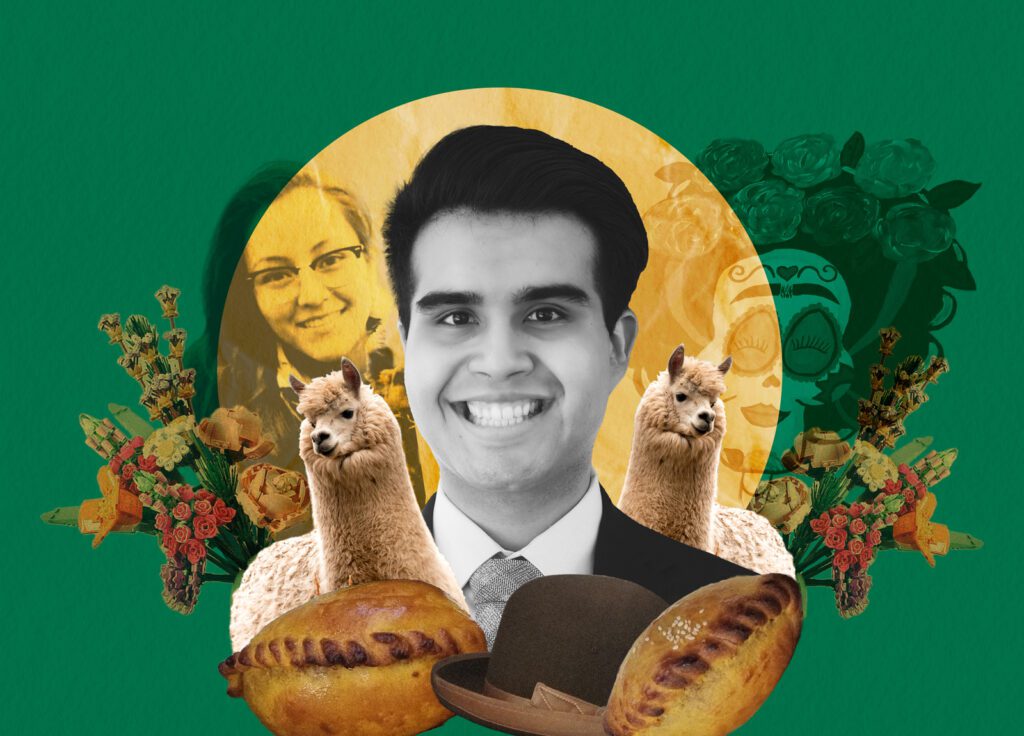 To honor Latinx Heritage Month 2022, we asked Latinx members of the UC Berkeley School of Public Health community what the month means to them. We will be posting the responses throughout the month, which ends October 15, 2022.

I change myself, I change the world.


Joel Rubio always felt stuck between cultures growing up in the U.S. with Mexican-born parents.

“Growing up, I felt neither American nor Latinx/e, as if I did not belong anywhere nor was bound to any culture,” says Rubio.

“Throughout my school-aged years, I was further conflicted on what it meant to be Latinx/e and what it meant to me. I was taught American history through a white male-dominated perspective, despite U.S. history having complicated roots embedded with Latinx/e heritage.

It wasn’t until he was an undergraduate here at UC Berkeley that Rubio found a way to process his experience. In Professor Pablo Gonzalez’s class Chicano Studies 150B, History of the Southwest: Mexican-United States War to Present, Rubio “began to understand the meaning of my Latinx/e heritage,” he says.

“I analyzed texts ranging from poems, anecdotes, and textbooks written from various perspectives representing the Latinx/e community in the U.S., such as the feminist, LGBTQ+, and incarcerated communities. These texts were also known as hidden transcripts: Narratives, stories, and archives that have been and continue to be ignored, silenced, and destroyed,” Rubio explained. “Therefore, Latinx/e Heritage Month means to me shedding light on these hidden narratives from communities that are often left out of the conversation.”

Rubio finds ways to celebrate his heritage through food and ofrendas.

“Every year I celebrate my heritage and ancestry by creating an altar, or ofrenda, to remind myself to keep grounded and connected. By gathering meaningful objects…,  we can create our own sacred safe space.”