Undergrad journal looks to expose the cracks in public health

In this next edition—coming out at the end of the fall semester, with some stories published earlier on the publication’s website—the journal’s editorial team will examine the “cracks in the pavement”—the public health crises that may have once been overlooked, but have re-emerged due to the COVID-19 pandemic. 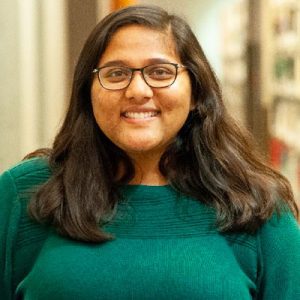 It’s the structural inequities in public health that Sahoo and Kwon especially want their readers and writers to wrestle with; exposing these has been foundational to the PHA since its founding in 2005 by undergraduate molecular and cell biology major Brad McCammack.

McCammack founded both the Cal Undergraduate Public Health Club (UPHC) and PHA. The journal initially functioned as a part of Cal UPHC, but quickly became an independent entity with its own staff, writers, and editors. The publication’s mission was to highlight current public health issues and engage the student body, challenging students to take a stand and make a difference.

In the fall of 2009, co-editors-in-chief Cait Lang-Perez and Alisa Bern (both graduated in 2011) worked with the all-volunteer staff to revamp the publication to include the double-page spreads and longer articles characteristic of today’s PHA. 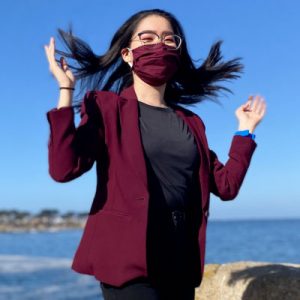 “While our printing budget was tight, we knew we could elevate the look of the magazine by focusing on fewer, [higher] quality articles and streamlining the page layout,” said Lang-Perez. “It’s exciting to see how the current staff has continued that trajectory and further elevated the professional quality of the magazine.”

The journal’s most recent issue—Spring 2021—covered topics ranging from the wildfires burning through California to sex bias in pharmacology. For their next issue, entitled “Cracks in the Pavement,” the editors plan to continue their climate reporting, while integrating multimedia elements and data journalism into their coverage .

“We pass by cracks in the pavement every single day, but we don’t really notice that they’re there, we don’t really pay attention to them, because we’ve just gotten used to them,” Sahoo said. “We don’t think about things, what they mean, and why they might be important. And so cracks in the pavement kind of speaks to highlighting things that COVID might have pushed to the back of our minds.”

Some of these “cracks” the journal plans on highlighting include the hidden costs of mental health issues during the pandemic and how health technology is going to evolve and has evolved in the pandemic, but why people aren’t able to access the resources provided by those advancements. Another will examine how past pandemics altered human approaches to public health, and what the COVID-19 pandemic has and will continue to change about human behavior.

The journal’s staff normally consists of eight to 12 undergraduates, a mix of public health and non–public health majors, many of whom are new to health journalism. Students are taught verification and research basics for journalists, as well as effective communication and understanding of public health issues, through writing completed in the DeCAL class required before joining the journal’s staff. DeCAL students publish their work online starting early in the fall, and a print edition, including some of these articles, follows at the end of each semester.

A new focus on data journalism—reporting based on analyzing and filtering large numerical data sets and often presenting it in graphic form—has required more training. Data journalism has been hailed as a way to ensure factual accuracy and provide deep insights into complicated material.

“We are increasingly living in a data-driven world. And I think since COVID, people have been a lot more aware of how misinformation can impact their and their loved ones perceptions of what’s going on in the world,” said Kwon, a fourth-year public health major and journalism minor. “That informs people’s decisions, and it can potentially be super dangerous, and a public health liability.”

For the future, Sahoo hopes they will broaden the public health topics they covered at the Public Health Advocate by expanding their readership and recruiting more writers.

“To me, public health is like the perfect kind of mechanism to be involved in social justice and also be involved in healthcare,” she says. “Many times, STEM fields have a way of removing themselves from social issues and the way society operates. The Public Health Advocate brings the focus back into social issues, and compliments people’s outside interests.”