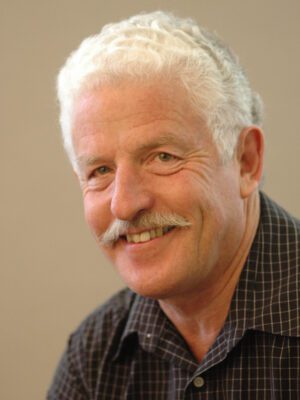 
Allan H. Smith is a Professor Emeritus of Epidemiology and Associate Director of the Berkeley Arsenic Health Effects Research Program

Dr. Allan H. Smith was appointed Professor of Occupational and Environmental Epidemiology at the University of California, Berkeley, School of Public Health, in 1983. During the last twenty-five years, he has developed an international research program related to the health effects of arsenic in drinking water. He initiated major epidemiological studies in California, Nevada, Argentina, and Chile, with a view to determining cancer and other health effects caused by arsenic. In 1995, following the discovery to the outside world of the arsenic catastrophe in West Bengal and Bangladesh, he commenced several research projects in rural West Bengal, India concerning arsenic in drinking water, and is currently conducting a study of children exposed to arsenic in Bangladesh. He has given emphasis to plans for intervention and evaluation of mitigation programs to reduce population arsenic exposure, currently including a pilot dugwell program to provide arsenic-free water in India supported by private donors. Dr. Allan Smith has served on the National Research Council Subcommittee on Arsenic in Drinking Water. He was previously President of the International Society for Environmental Epidemiology, and in 1997 chaired the epidemiology section of the IARC working group on Dioxins and Furans, and was also a member of the IARC working group on arsenic in 2002. He was recently a member of the National Toxicology Program Board of Scientific Counselors. He was Director of the Berkeley NIH Fogarty International Research and Training Program in Environmental and Occupational Health with collaborating centers and trainees based in India. In 2009, he received the John Goldsmith Award from the International Society for Environmental Epidemiology, “for sustained and outstanding contributions to the knowledge and practice of environmental epidemiology”.