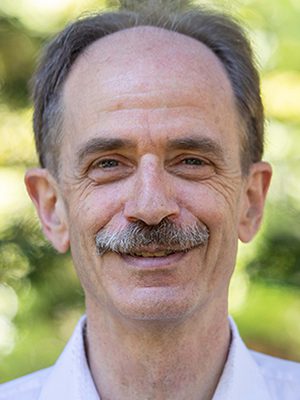 
Doug Oman is an adjunct professor, where his research focuses on influences on health from spirituality and related psychological factors. He has taught Public Health students in Community Health Sciences, Maternal Child Health, and other areas of public health. He edited Why Religion and Spirituality Matter for Public Health (2018, Springer), and is the director of U.C. Berkeley’s traineeship on Spirituality and Public Health.

Doug Oman has been on the faculty of the University of California at Berkeley (UCB) since 2001, where he is adjunct professor in the UC Berkeley School of Public Health. Possessing a doctorate in Biostatistics from UCB, Oman has since the 1990s also pursued his own substantive research programs on the psychology and influence of psychosocial factors on health. At UCB, he has taught doctoral, masters, and undergraduate Public Health students in Community Health Sciences, Maternal Child Health, and other areas of public health, including a yearly course on spiritual and religious factors and public health.

Much of Oman’s research has focused on influences on health from spirituality and related psychological factors such as compassion and other character strengths and virtues, about which Oman has published numerous empirical studies, reviews, and book chapters, as well as the 2018 book Why Religion and Spirituality Matter for Public Health: Evidence, Implications and Resources (https://doi.org/10.1037/rel0000256). He has also been the principal investigator on two randomized controlled trials of spiritually-oriented meditation-based interventions for health professionals and students, which fostered significant and meaningful gains in measures of compassion, forgiveness, and many related constructs.