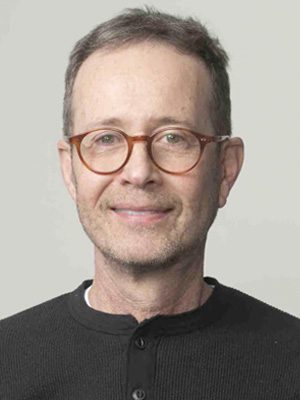 Marlon Maus works at the intersection of vision, technology, and public health. As an ophthalmologist and public health professional, he has a particular interest in addressing inequalities in visual health. He is an educator and has been the director of an ophthalmology residency and now of the DrPH program. He teaches undergraduate and graduate-level courses and serves as a mentor for students including premed students.

Marlon Maus was born and raised in Mexico before coming to the U.S. to pursue an undergraduate degree. He attended medical school and residency in Philadelphia. Maus is a board-certified ophthalmologist and a DrPH graduate. He was formerly at Wills Eye Hospital, Philadelphia, where he was a practicing oculoplastics surgeon and Director of the Residency Program and the Emergency Department. Maus has held various positions in national professional organizations, including the American Council of Graduate Medical Education, the American Medical Association, and the American Academy of Ophthalmology.

He attended the School of Public health, Berkeley, where he obtained an MPH degree and a DrPH degree. Maus’ public health research has focused on addressing visual disabilities in migrant populations and the relationship between public health and the built environment and aging. He has conducted studies of physical and cognitive enhancing technologies for older adults with Professor Satariano with whom he published a book. The WordWalk project is developing mobile technology-based devices to promote healthy aging. He is investigating screening for diabetic retinopathy to prevent visual loss and blindness in migrant Mexican populations within Mexican consulates as part of the Health Initiative of the Americas (HIA) program at UC Berkeley.

He lives in Berkeley where he enjoys all the cuisines that the bay area offers.