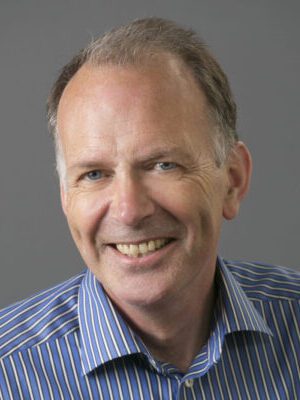 Nicholas P. Jewell is a Professor of Biostatistics that has received numerous awards and is known for “extraordinary leadership and vision in implementing strategies that enhance the disaster resistance of the University of California, Berkeley, and universities throughout America.”

Dr. Jewell is a Fellow of the American Statistical Association, the Institute of Mathematical Statistics and the American Association for the Advancement of Science. He received the 2012 Marvin Zelen Leadership Award in Statistical Science from Harvard University. He is the 2005 winner of the Snedecor Award from COPSS, and won the Distinguished Teaching Award from the University of California, Berkeley’s School of Public Health in 2004. In 2000, he was honored by the Director’s Award from the Federal Emergency Management Agency for providing “extraordinary leadership and vision in implementing strategies that enhance the disaster resistance of the University of California, Berkeley, and universities throughout America.” In addition the 2005 Alfred E. Alquist Award was given to UC Berkeley’s SAFER program that he launched and led for many years.

He was educated at the University of Edinburgh where he received a first class Honours degree in Applied Mathematics in 1973, and a doctorate in Mathematics in 1976. Immediately following his graduate program he was appointed to a Harkness Fellowship from 1976 to 1978 which he held at the UC Berkeley and at Stanford University.

Study: 2 COVID vaccine doses much more effective than 1 against Delta