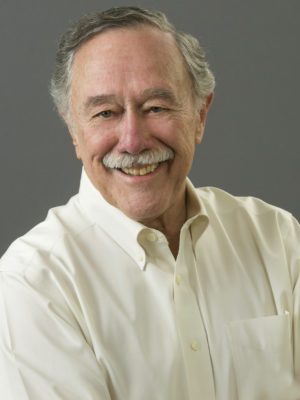 Dr. Robert Spear, an engineer by training, did his undergraduate work at Berkeley and received his doctoral degree at Cambridge University. He returned to Berkeley in 1970 to take up a post-doctoral position in this field in the School of Public Health. He was appointed to a faculty position in 1971 and is now Professor of the Graduate School at Berkeley.

Dr. Robert Spear is an engineer by training, having received the B.S. and M.S. degrees in Engineering Science and Mechanical Engineering, respectively, from the University of California at Berkeley and the Ph.D. degree in Control Engineering from Cambridge University in 1968. After several years in the aerospace industry, his interests turned to environmental issues and he returned to Berkeley in 1970 to take up a post-doctoral position in this field in the School of Public Health. He was appointed to a faculty position in 1971 and is now Professor of the Graduate School at Berkeley.

His research interests focus on the assessment and quantification of human exposures to toxic and hazardous agents in the environment. His early work concerned the exposure of agricultural workers to pesticides. In more recent years his work has concerned applications of mathematical and statistical techniques in the assessment and control of exposures to both chemical and biological agents. For the past 20 years, his work has been increasingly focused on determinants of the prevalence and control of the parasitic disease schistosomiasis in the mountainous regions of Sichuan Province in southwestern China. This has been in collaboration with colleagues at the Sichuan Institute of Parasitic Disease and various U.S. universities. In addition to epidemiologic studies and mathematical modeling, this work involves applications of geographic information systems and remote sensing technology. The contributions of his group have been recognized by the government of Sichuan with the Jinding Award in 2003 and the Friendship Award of the State Council of the Peoples Republic of China in 2005. He was made an honorary citizen of Xichang County in 2009.

Dr. Spear was the founding Director of the University’s Center for Occupational and Environmental Health and has served as Associate Dean of the School of Public Health and of the College of Engineering at Berkeley. He has served on a variety of committees advisory to the government and to industry as well as within the University. He was the Chair of the Berkeley Division of the Academic Senate in 1999-2000 and received the Berkeley Citation in 2008 and the Berkeley Faculty Service Award in 2011. He has authored or co-authored over 150 papers in the scientific literature.