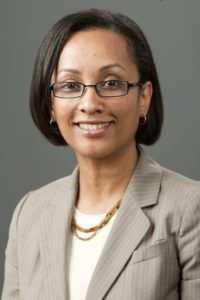 A recent report co-authored by the UC Berkeley School of Public Health professor Ndola Prata showed that sociopolitical machinations hindered a program that was initiated in Mozambique to distribute misoprostol, a drug that can be used to prevent postpartum hemorrhage.

Mozambique has suffered from high rates of maternal mortality, made worse by inaccessible health services. Although maternal mortality rates declined 64% from 1990-2013, one in 40 Mozambican women still die during childbirth.

In 2011, the Mozambique Ministry of Health approved the distribution of misoprostol, which can be either self-administered or administered by a birth attendant, to treat postpartum bleeding at home births at which oxytocin is not available. The report examines the expansion of the misoprostol program in the Inhambane and Nampula provinces in Mozambique through the use of a human rights, health, and development framework to measure the accessibility of the drug to the women who need it.

Researchers found that the although misoprostol program did help women who were unable to reach a health facility give birth safely, there were a number of issues and inconsistencies with the program. Information about misoprostol and how to access it was scarce due to power dynamics between the state, health care workers, and patients; some women were discriminated against for not giving birth in a health facility, despite transportation, childcare, and wait-time issues that prevented them from traveling away from their homes; and some health care workers restricted access by using their personal judgment and biases.

The study’s authors found that applying a human rights–based approach to the Mozambican misoprostol program was helpful to contextualize and inform practical changes needed to improve access to misoprostol as an essential medicine.

“It will take time to shift the culture to trust community health workers to distribute misoprostol and women themselves to safely use it. A rights-based approach will re-frame the issue to reinforce that women have a right to access this life-saving medication,” the report states.