Biodigester cookstoves linked to increase in child diarrhea in Nepal 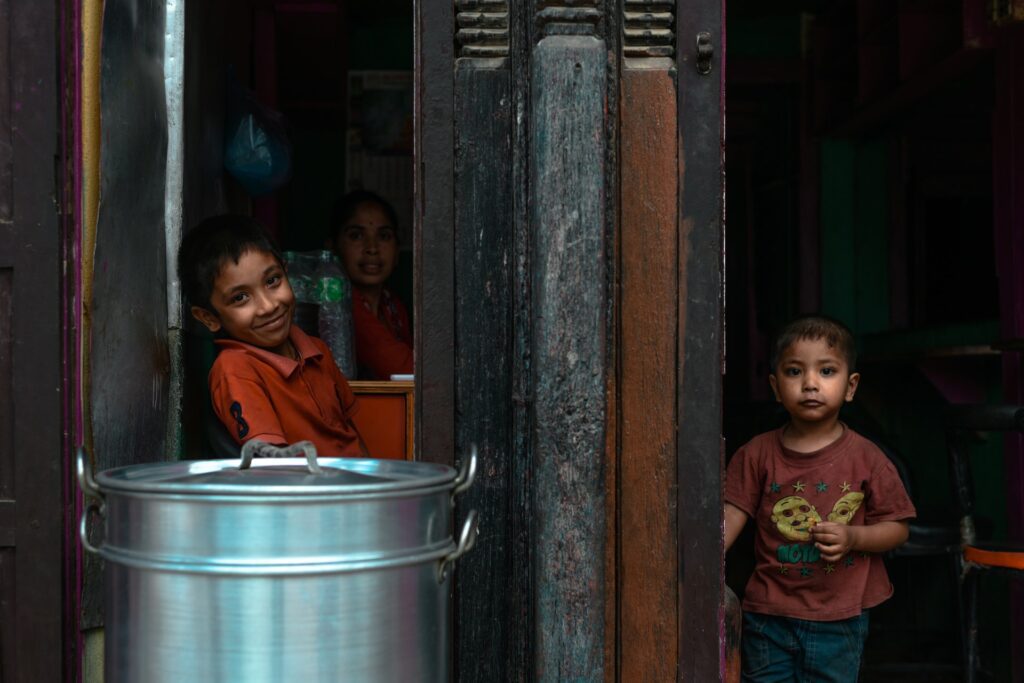 Low-cost woodburning cookstoves are commonly used in developing countries; however, the indoor air pollution they create can have negative respiratory health impacts. Biodigester gas cookstoves, household stoves that use human and animal waste to produce clean-burning biogas, provide a clean-air alternative in low-resource settings, but require the handling of pathogen-laden animal waste as their fuel source.

A recent study, led by Heather Amato, a UC Berkeley School of Public Health PhD candidate in Environmental Health Sciences, examined the correlation of biodigester use with child diarrhea rates in Nepal. Amato, Berkeley Public Health professors Jay Graham and Amod Pokhrel answered our questions about the study, which was published in the January 2022 issue of Environmental Health Perspectives.

​​Berkeley Public Health: In a sentence or two, can you summarize the importance of this research?

Heather Amato: In the last 20 years, over 400,000 biodigester systems have been installed in subsistence farming communities in rural Nepal to improve sanitation infrastructure, promote sustainable food production, and combat climate change through methane capture and reuse for clean cooking fuel. An additional 200,000 biodigesters will be constructed over the next three years. Though biodigesters may reduce household air pollution over traditional wood-burning stoves and attenuate risks of respiratory infection, our study provides new evidence that child diarrhea is an unintended health risk of biogas cookstove use in Nepal, emphasizing the need to rigorously assess both anticipated and unanticipated outcomes of these public health interventions.

BPH: How is this research new or groundbreaking or counterintuitive?

Amato: Because of the novelty and significance of this research, our manuscript was selected to be the cover article for the current issue of Environmental Health Perspectives, a top journal in our field, and was selected for an “In Perspective” op-ed piece to accompany the research article. This large-scale, longitudinal study is the first, to our knowledge, that estimated the effect of biogas cookstove use on child diarrhea. We found that children in households that recently used biogas cookstoves had a 31% increase in the risk of diarrhea during the study period.

Though we don’t have the data to support this hypothesis, we believe that female caregivers have increased contact with animal feces while operating the biodigesters, and may unknowingly expose children to harmful fecal pathogens while holding, feeding, or breastfeeding children after using the biodigester.

BPH: What inspired you to conduct this research?

Graham: We suspected that the management of human and animal waste by Nepalese households—an activity required for biodigester systems—may be increasing children’s exposure to diarrheal pathogens in fecal matter. Children are especially vulnerable to these exposures and gastrointestinal diseases remain a leading cause of child mortality in Nepal.

Amato: We were also motivated to conduct this research due to the significance and novelty of the research question and the large, rich data set available to attempt to answer it. In the midst of conducting research to determine whether or not biogas cookstoves can reduce respiratory illness in rural Nepal, professors Graham and Pokhrel noticed that women who operated biodigesters in the study site were frequently mixing animal slurry, a combination of feces and urine/water, by hand. We realized this could be an important source of exposure to fecal pathogens, a risk that may not be a top consideration during implementation of biodigester interventions, and decided to conduct a secondary analysis to assess the risk of diarrhea associated with the biodigesters.

BPH: What real-world changes might happen because of this research?

Amato: Since first seeing these results, Caitlin Hemlock (PhD candidate in Epidemiology) and I have worked closely with Professor Pokhrel and co-author Dhiraj Pokhrel from the Society for Legal and Environmental Analysis and Development Research in Nepal to better understand our findings. We received the Llewellyn Student Research Award from the Center for Occupational and Environmental Health to conduct a small follow-up study.

In preliminary video observations, female caregivers collected and mixed animal feces and urine by hand because the agitator—a metal stirrer used to mix animal waste into the biodigester—was broken. Women rinsed their hands with water (soap was not available) and continued with their other household activities, like preparing food for their child, feeding their child, and breastfeeding. We think improvements could be made to the construction and/or design of the biodigester, and additional interventions around handwashing and disease prevention may be necessary to mitigate unintended health risks of biodigester systems.

Caitlin and I are now working with Professors Laura Kwong and Pokhrel to partner with local organizations in Nepal and plan next steps. We hope to use a mixed-methods, human-centered design approach to identify new and indigenous solutions, iteratively test prototypes of possible solutions in communities, and eventually scale up and evaluate the impacts of the community-driven solutions to reduce exposure to fecal waste in households with biodigesters.