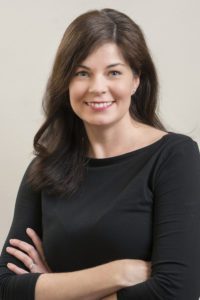 A study conducted by researchers from the UC Berkeley School of Public Health shows that providing cash incentives for HIV-positive adults undergoing antiretroviral therapy in Tanzania helped increase the retention of those in care, increasing viral suppression among those in HIV treatment.

The study’s authors say that the findings are evidence that financial incentives for those in HIV care and antiretroviral therapy work.

“Short-term economic support, in the form of a short-term cash transfer, can significantly improve the likelihood that people are able to comply with their HIV treatment in the vulnerable window when they are starting HIV treatment,” Sandra McCoy, study co-author and professor of epidemiology and biostatistics at Berkeley Public Health, said.

Researcher Carolyn Fahey, a Ph.D. candidate at Berkeley Public Health, says that socioeconomic factors can be a strong impediment to continuing antiretroviral therapy.

“The cost of bus fare, insufficient food, stigma, and discrimination are all reasons for missing appointments, so that suggests that effective delivery of HIV care should keep in mind the social determinants of health as obstacles to treatment adherence,” Fahey said. “A small amount of money can go a long way in terms of helping people overcome barriers to access the care they need.”

Researchers emphasized that remaining in HIV treatment was important in reducing the spread of HIV to others.

“In essence, it’s critically important that people living with HIV are compliant with their HIV treatment so that they can improve their own health, so that the treatment can prevent transmission of HIV to others, and so we can achieve global goals for HIV epidemic control,” McCoy said. “The study suggests that programs to economically support people living with HIV have the potential to accelerate individual, community, and global goals towards reducing HIV incidence.”

Read the full paper at The Lancet HIV