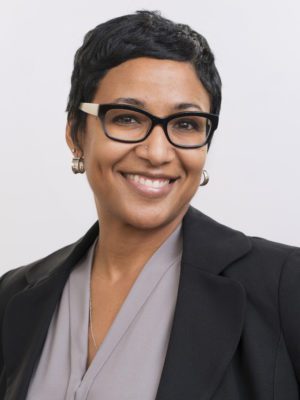 
Amani M. Allen (formerly Nuru-Jeter) is Professor of Community Health Sciences and Epidemiology at the University of California, Berkeley, School of Public Health, where her research focuses on race and socioeconomic health disparities and the measurement and study of racism as a social determinant of health.

Amani M. Allen is Professor of Community Health Sciences and Epidemiology at the University of California, Berkeley, School of Public Health, where her research focuses on race and socioeconomic health disparities and the measurement and study of racism as a social determinant of health.

Her broad research interest is to integrate concepts, theories and methods from epidemiology and the social and biomedical sciences to examine racial inequalities in health as they exist across populations, across place and over the life-course. Dr. Allen considers herself to be more “exposure” than “outcomes” focused, which is consistent with her interests in examining social factors such as “race” and “socioeconomic position” as exposures that serve as the foundation for the creation and preservation of health disparities across a number of outcomes. She is interested in how these social exposures determine life experiences and opportunities differently for different social groups and how those differences become embodied and impact mental and physical health and well being. Dr. Allen’s work employs a mix of quantitative and qualitative data for understanding racial health disparities, informing the measurement of social determinants and addressing concerns related to internal validity challenges in health disparities research.

Dr. Allen is Principal Investigator of the African American Women’s Heart & Health Study, which examines the association between social and environmental stressors (e.g., racism stress, neighborhood racial and socioeconomic composition), cardiometabolic risk, biological dysregulation and cellular aging among African American women in the Bay area. She is also Co-Investigator of the Bay Area Heart Health Study which examines similar associations among Black men with particular emphasis on implicit racial bias. Her research has included work on doctor-patient race-concordance; the intersection of race, socioeconomic position and gender on risk for psychological distress, disability outcomes, adult mortality, and child health and development; racial segregation; income inequality; and racism stress and a range of mental and physical health outcomes.

Dr. Allen has published in top scientific journals including the American Journal of Public Health, American Journal of Preventive Medicine, Annals of Epidemiology, Annals of the New York Academy of Sciences and Psychoneuroendocrinology, where her recent paper examining racial discrimination, educational attainment and biological dysregulation among African American women was recently named Editor’s Choice. Dr. Allen’s work has been featured on NPR, CBS, The Guardian and the SF Chronicle, among others. She has received numerous awards for teaching excellence and as a junior faculty member was honored with the singular award for Distinguished Graduate Student Mentoring at the University of California Berkeley.

Allen received her Bachelor of Science (BS) in Biology from the University of Maryland, College Park, her Master of Public Health (MPH) from the George Washington University; and her Doctor of Philosophy (PhD) from the Johns Hopkins University. She was also a Robert Wood Johnson Health and Society Scholar at the University of California, San Francisco and Berkeley.

How embracing your lived experiences can change the world