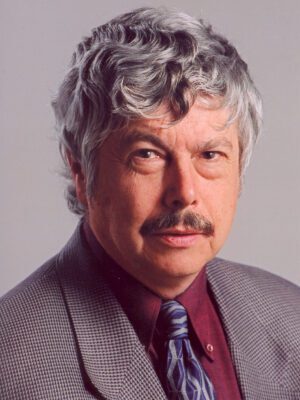 Kirk R. Smith was a Professor of Global Environmental Health and dedicated his research to environmental and health issues in developing countries, particularly those related to health-damaging and climate-changing air pollution.

Kirk R. Smith was a Professor of Global Environmental Health and Director of the Collaborative Clean Air Policy Centre, New Delhi. Previously, he was founder and head of the Energy Program of the East-West Center in Honolulu. He served on a number of national and international scientific advisory committees including the Global Energy Assessment, National Research Council’s Board on Atmospheric Science and Climate, the Executive Committee for WHO Air Quality Guidelines, the Lancet Commission on Pollution and Health, and the International Comparative Risk Assessment of the Global Burden of Disease Project. He conducted field research on air pollution, both ambient and in households, in more than 20 countries of Asia and Latin America. He published about 400 articles in peer-reviewed journals and books on air pollution, climate change, energy, and development.

He participated, along with many other scientists, in the IPCC’s 3rd and 4th assessments for which he shared the 2007 Nobel Peace Prize and was Convening Lead Author for Climate and Health for the 5th Assessment. He held honorary professorships in India, Mongolia and China and bachelors, masters and doctoral degrees from UC Berkeley and, in 1997, was elected member of the US National Academy of Sciences, one of the highest honors awarded to US Scientists by their peers. In 2009, he received the Heinz Prize in Environment and in 2012 was awarded the Tyler Prize for Environmental Achievement.

Prof. Smith’s research focused on environmental and health issues in developing countries, particularly those related to health-damaging and climate-changing air pollution from household energy use, and includes field measurement and health-effects studies in India, China, Nepal, Mongolia, Mexico, and Guatemala as well as development and application of tools for international policy assessments. He also developed and deployed small, smart, and cheap microchip-based monitors for use in these settings.

Prof. Smith demonstrated that the highest exposures to air pollutants occur in rural, indoor settings in developing countries where biomass and coal are the principal fuels. He documented the associated risk for pneumonia and adverse birth outcomes in children and cataracts, tuberculosis, heart disease, and chronic lung disease in women as well as developed a range of small, smart, cheap microchip-based devices for field measurements. Since 40% of the world’s population uses these fuels, the total health impacts of this exposure are estimated to be similar or larger than any other environmental risk factor. He has also shown that renewable biomass fuel cycles are not greenhouse-gas neutral by conducting extensive measurements in India and China. He also created the concept of natural debt (net result of polluting our planet faster than natural processes can dissipate the damage) and applied it to international greenhouse-gas negotiations. This enables countries to negotiate how much responsibility each has for cleaning up the environment based upon relative contributions in the past and present. He pioneered the concept of exposure efficiency, now called “intake fraction” that simplifies exposure assessment. Finally, he created the concept of risk transition to complement traditional epidemiologic and demographic transitions models.

Biodigester cookstoves linked to increase in child diarrhea in Nepal

To counter the Covid-19 pandemic, bring more poor into the LPG net