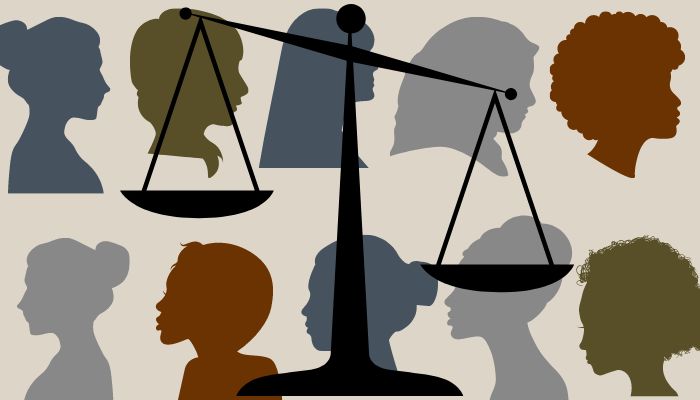 The landmark 1973 Roe v. Wade decision—which ruled that the Constitution upholds a woman’s right to abortion—has been overturned by the nation’s Supreme Court.  We asked experts at the UC Berkeley School of Public Health to comment on the immediate and long-term ramifications of this decision and what role public health professionals can have. Their answers have been edited for length and clarity.

Our lineup of experts includes:

Berkeley Public Health: How will overturning Roe v. Wade affect the health of Americans? What do you think will be immediate and long-term effects?

Obasogie: Access to this critical health care service [abortion] will no longer be a right guaranteed by the federal constitution but rather something that each state legislature can limit or prohibit as it chooses. This means millions of people will not have access to abortion services, which may create situations that adversely impact their health.

Pleasants: We know that overturning Roe v. Wade will leave the decisions about the legality of abortion up to states across the U.S. And that means that abortion will be made effectively illegal in over half of U.S. states. The expected impacts of this change on public health are based on the research that’s been done to date, research that has explored the impacts of existing abortion restrictions, of not being able to access desired abortions, and projected the impacts on future policy changes.

Roe being overturned will likely lead to more restricted abortion access across the U.S., as access is barred in 26 states and providers in other states struggle to meet demand with limited resources. For people seeking abortions, this could mean having to travel farther to get an abortion at notably greater expense, delayed access to care, and being unable to obtain wanted abortions. This will also likely lead to increased reliance on self-managed abortion, as has already been seen in restrictive states, as a safe and effective alternative to in-clinic abortion care.

Long-term, people who do not get desired abortions have worse physical health outcomes and poorer long-term economic outcomes, and these adverse effects of constrained reproductive autonomy are also known to impact their children. For maternal health, we know that giving birth poses greater health risks than having an abortion (see this summary of findings from the Turnaway Study)—contributing to both increased morbidity and mortality after unwanted pregnancy. Denial of wanted abortion also leads to sustained economic hardship for women, with more challenges meeting basic household needs, household poverty, more debt, and lower credit scores among people denied abortions (see the Turnaway study). These economic challenges also impact the next generation, with those women’s children more likely to live in poverty and less likely to achieve key developmental milestones compared to children of mothers who got desired abortions.

Parham: Since the pandemic, the availability of of medication abortion through telehealth has played a huge role in people being able to safely end pregnancies in a timely manner when they can’t seek treatment in-person. We anticipate that a SCOTUS decision dismantling legal protections for abortion at the federal level will continue and heighten this trend. This will make early term abortion access more convenient for many people in states where telehealth and abortion medication are already available. Medications received by mail from other states or other countries can also provide options for people living in states where in-person clinics are shut down, although there will be legal complications for that.

What populations will be most affected if Roe v. Wade is overturned? 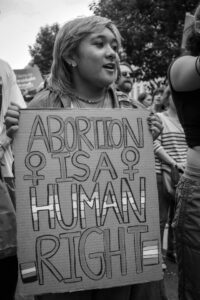 Obasogie: People with resources will be able to travel to obtain abortion services not offered in their states. But those without financial means or other types of support will simply not have access.

Parham: A move towards telehealth medication abortion is likely to deeply exacerbate inequities in access that already exist. For instance, geographically, for people living in states that are already hostile or restrictive to people seeking abortion, telehealth cannot cross state lines. Some states are seeking to ban (or already do ban) purchasing. Coupling this with unparalleled access by law enforcement to people’s online searches, period tracking data, and other forms of infoveillance means that longer term, technology will really become a double edged sword: While it may expand access and convenience for people already in states that support abortion healthcare, the data created by people’s online activity can be used against them. This will also more heavily impact those who are already under increased scrutiny and surveillance due to their race or socioeconomic status.

Access to the internet, telehealth, and other digital forms of information is also very inequitably distributed in the U.S. and information on obtaining safe abortion care may be much harder for people who rely on in-person services for healthcare. For instance one of our DrPH researchers just published a study with UCSF that used Google Ads data to show that being farther away from a clinic delayed or prohibited their ability to obtain an abortion.

Additionally, it may become harder for everyone to reach good quality data online: researchers at the Wallace Center have already shown that misinformation about abortion is rife in internet searches, while searches for self-managed [medication] abortion has expanded dramatically.

Pleasants: The people most affected by the overturn of Roe will be the marginalized people who already face challenges to accessing abortion in the U.S.—people of lower socioeconomic status, people of color, people living in rural areas, and young people. For these people, the current restrictions on abortion access already present sometime insurmountable challenges. Making abortion illegal in over half of states will dramatically heighten the impacts of intersectional access barriers, which means exacerbated disparities in abortion access.

What can public health professionals do?

Harley: I think it is important for the public to know that self-managed abortion, through the use of pills taken in the privacy of the home, is safe, effective, and widely used in this country.  We are not going back to the pre-Roe days.

Parham: The role of public health will be to strengthen ties across the medical, technology, and health policy worlds to limit damage and normalize abortion as a healthcare decision people must have safe and easy access to. For instance, the Wallace Center is partnering with UC Berkeley’s Bixby Center for Global Reproductive Health on a research initiative to explore how digital health and social media support people using medication for self-managed abortion. We are focusing on ways to bring awareness about the benefits and drawbacks to using technology in abortion provision. We also need to remind people that, despite the legal framework in the United States reverting back to where it was 50+ years ago, we are no longer living in the same world of back alley abortions. People have safe, early, and convenient options available to them that weren’t available when Roe was decided, and it’s our role in the public health profession to bring this message and access to as many people as we can.

Pleasants: Work is already being done by many working in our field to anticipate and mitigate the harms of Roe being overturned. This looks like fundraising, organizing, developing educational resources, investing in non-clinical access pathways, and more. But these efforts are all happening with limited resources and tenuous sustainability. More resources are needed, as is protection for abortion and people supporting abortion access in states where it will remain legal.

Meredith Klashman, who is in her second year at the UC Berkeley-UCSF Joint Medical Program, is advocating for more abortion training for medical students and adjacent fields. Read more in the SF Examiner.